Lionel Messi picked up a yellow card for time-wasting in the closing minutes against Nigeria. Cristiano Ronaldo is also in the same situation after being booked for using a foul on Iran defender. 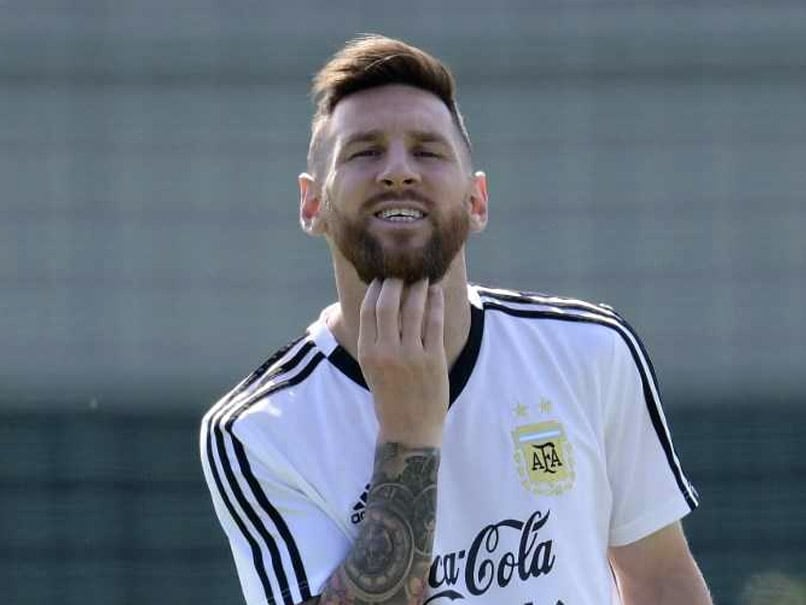 Messi is one of six Argentine players who have seen yellow cards so far.© AFP

With group stages of the FIFA World Cup done and dusted, the focus now shifts to the knockout phase, beginning with the Round of 16. The teams can now plan their strategies and routes towards the elusive final on July 15. With the last 16 ahead, suspensions of the players will be play a major role in the forthcoming matches. According to the tournament rules, players will be suspended for one game if they are shown two yellow cards before the quarterfinal stages, with bookings being wiped clear after the quarterfinals, although if a player is shown a second booking, he would be suspended from the semi-finals, reported Xinhua news agency.

Although that means nobody will go into the semifinal facing the heartbreak of a booking that would deny them a final appearance, it also means that some big-name players are at risk of missing the quarterfinals or the last four, while some teams could find themselves without a host of stars if they progress.

Lionel Messimay yet come to regret that yellow card he was shown for time-wasting in the closing minutes against Nigeria as a yellow card against France in the last 16 would see him miss out on a possible quarterfinal against Portugal if both sides progress.

Cristiano Ronaldo is in the same situation as Messi after being booked for using an elbow against an Iranian defender and he isn't the only Portuguese player who needs to be careful against Uruguay on Saturday. Five of his teammates have also been booked.

The key Brazilian trio of Neymar, Philippe Coutinho and Casemiro are also a booking away from a suspension and will have to tread carefully when they face Mexico in Samara on July 2.

Messi is one of six Argentine players who have seen yellow cards so far, but that is nothing compared to the problems that Croatia could face. The side from the Balkans has impressed with three wins from three games as they topped Argentina's group after thrashing Messi and company 3-0.

However their 'committed' style of play has a price: eight Croatians, including key midfielder Ivan Rakitic, right back Sime Vrsaljko and striker Mario Mandzukic are one bad foul away from a suspension. Although it's unlikely to affect the way Juventus striker Mandzukic will approach the game.

England meanwhile have full-back Kyle Walker and Ruben Loftus-Cheek on a booking, while Belgium have defenders Jan Vertonghen and Thomas Meunier and attacking midfielder Kevin De Bruyne needing to be careful.

Spain are sitting pretty with only holding midfielder Sergio Busquets seeing yellow so far in Russia, although the 2010 World Cup winner is the only player for whom the Spanish don't have a direct replacement. Uruguay, a team with a reputation for expedience, only have one player on a booking.

Cristiano Ronaldo Neymar 2018 FIFA World Cup IR Iran vs Portugal, Match 36
Get the latest updates on Olympics 2020, Olympics 2020 Medal Tally, Live Cricket Score . Like us on Facebook or follow us on Twitter for more sports updates. You can also download the NDTV Cricket app for Android or iOS.