Oscar Ramirez-coached Costa Rica, the aim in this World Cup is to improve on their best performance of a quarter-final. 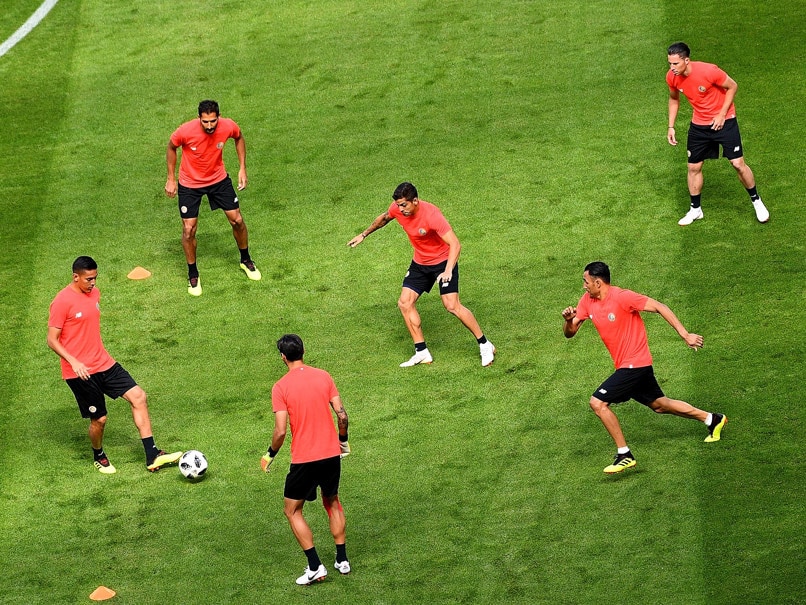 Costa Rica and Serbia both though boasting of experienced footballers© AFP

Underdogs Costa Rica and Serbia, both though boasting of experienced footballers, will face-off in a FIFA World Cup Group E clash at the Samara Arena here on Sunday. For Oscar Ramirez-coached Costa Rica, the aim in this World Cup is to improve on their best performance of a quarter-final which they achieved in 2014 and they have brought to Russia the core group that did wonders in Brazil. Their first opponent, Serbia are making their comeback to the World Cup after missing out in the 2014 edition qualification. They too have an experienced line-up, including players who played in the 2010 South Africa edition.

These players, with an average age of 29 and boasting valuable experience, have known each other well and competed together for the last eight years.

Navas is Costa Rica's best-known player and his strong performance in Brazil secured a move in 2014 to Real Madrid, where he has become one of the world's top keepers.

Kolarov downplayed the defeats suffered by Costa Rica in the pre-World Cup friendlies against England and Belgium.

The match on Sunday will be Serbia head coach Mladen Krstajic's first competitive match in charge of the side.

In four international friendlies, the team collected two wins, one loss and one draw. They defeated both Nigeria and China 2-0, lost to Morocco 1-2 and tied 1-1 with South Korea.

In the defeat to Morocco, Krstajic experimented with a 4-3-3 formation, which turned out to be unsuccessful. He then reverted to the familiar 4-2-3-1 in the next match, and won 2-0.

Most of the Serbian national team's players are currently playing in major European leagues, including their 29-year-old star holding midfielder Nemanja Matic, who is indispensable in the Manchester United midfield.

Southampton's midfielder Tusan Tadic, has 51 caps and 13 goals for Serbia, and contributes a lot at the offensive end.

Apart from him, rising star Aleksandar Mitrovic, who is currently at Fulham on loan from Newcastle United, appears to be irreplaceable for his national team. With 35 caps, the 23-year-old has scored 13 goals, making him the most efficient scorer for Serbia.

Serbia also have a dynamic midfielder in Sergej Milinkovic-Savic, who is coming off a fantastic season with SSC Lazio in the Italian Serie A.

Branislav Ivanovic and Aleksandar Kolarov serve as the team's previous and new captains. The 34-year-old former Chelsea right-back and the Roma left-sided defender, are both competent in different positions in the defence. Other defenders are Antonio Rukavina, 34, and Dusko Tosic, 33.

Serbia Football
Get the latest updates on SA vs IND 2021-22, check out the Schedule and Live Score . Like us on Facebook or follow us on Twitter for more sports updates. You can also download the NDTV Cricket app for Android or iOS.