Brazil's media has directed sharp criticism at the national football team after their 1-2 quarter-final defeat against Belgium at Kazan Arena on Friday, a result that dumped the five-time champions out of the mega event. 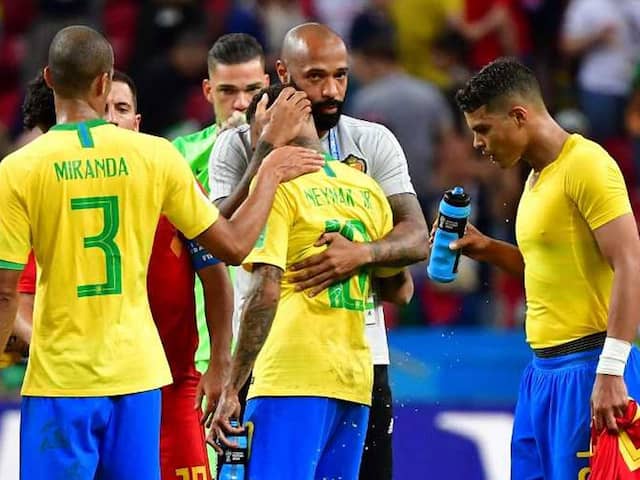 Brazil's media has directed sharp criticism at the national football team after their 1-2 quarter-final defeat against Belgium at Kazan Arena on Friday, a result that dumped the five-time champions out of the mega event. Prominent Estado de Sao Paulo newspaper columnist Mauro Cezar on Saturday said that lessons were not heeded from the Selecao's humiliating 1-7 defeat to Germany in Brazil four years ago, reported Xinhua news agency. He pointed to a dream team of Belgium and Brazil players selected by a panel of television experts before Friday's match, which included only three members from the European sides.

"Most Brazilians haven't learnt anything from the 1-7 defeat to Germany four years ago," Cezar wrote.

"To mock your opponent and underestimate their ability continues to be a national sport. There are sections of the media that support more than they inform. They distort the reality rather than provide an objective analysis."

The harshest comments were reserved for star forward Neymar, who scored just two goals in Brazil's five matches. The Paris Saint-Germain player was regularly accused of attempting to trick referees by play-acting during the competition, drawing widespread condemnation from fans and former players.

"Neymar will have to reflect on his tournament and try to understand why he is so disliked," SporTV presenter Marcelo Barreto said. "Of course he would like to respond by winning, but now that is not going to happen.

"He is now hated by many people. Have a look at how many times we discussed the international press taking aim at him. Is it happening because of a big injustice or do they have a point? He has to think about that."

Jesus failed to score in five starts while Firmino netted in one of his rare appearances off the bench against Mexico.

"Without a single goal, Gabriel Jesus had the worst performance of a Brazil No. 9 at any World Cup," Globo Esporte said. "Alcindo in 1966 and Mirandinha in 1974 also failed to score, but played fewer matches."

Belgium Neymar 2018 FIFA World Cup Brazil vs Belgium, Quarter-Final 2 Football
Get the latest Cricket news, check out the India cricket schedule, Cricket live score . Like us on Facebook or follow us on Twitter for more sports updates. You can also download the NDTV Cricket app for Android or iOS.