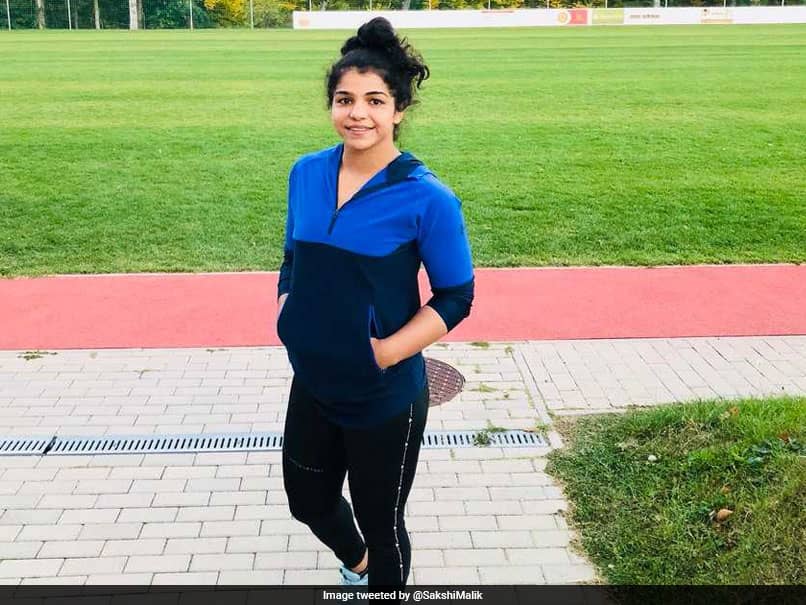 Sakshi Malik won bronze at the Commonwealth Games in 2018.© Twitter

After her first win over Navjot Kaur in the Pro Wrestling League Season 4 on Friday, Rio Olympic bronze medallist Sakshi Malik is looking to silence her critics through her performances in every competition she takes features in from here onwards. "The last few bouts where I had to face defeat were very close affairs. Every time, it was just a matter of few seconds here and there. If I could have managed to hold on for a few seconds longer, the end results could have been different," Sakshi told IANS.

Competing in her first Asian Games in Jakarta last year, Sakshi lost her bronze medal bout to South Korea's Hang Jungwon. At the Gold Coast Commonwealth Games, she was expected to do much better than the bronze she won there.

PWL has played a big role in the growth of Sakshi's career and the Olympian is determined to prove a point in the tournament this season as well.

"From Season 1 onwards, PWL has given me the opportunity to wrestle against top foreign wrestlers and that has helped me a lot in all major events in my career. Earlier, we got to fight with foreign wrestlers only when we went abroad but since PWL has happened we have not only got opportunities to wrestle with them but also train with them," she said.

"I lost to world champion Oksana Herhel of Ukraine twice that season, but I learnt a lot from those defeats which stood me in good stead during the Rio Olympics."

While talking about her bout against Geeta Phogat in Season 1, Sakshi said that she was highly inexperience compared to Geeta. But, she was determined to turn the tables on her in the PWL after going down to Geeta in the World Championships trials before that.

"Geeta is a medallist at the World Championships and though I was inexperienced, I was determined to defeat her. It took a lot of effort but I am glad I was successful in the end," said Sakshi and added that her experience of wrestling against players like Geeta and Oksana have helped her tremendously in improving her game.

Talking about her chances at the Tokyo Olympics next year, Sakshi said: "Winning another Olympic medal is my dream and I am completely focused on that. But before that, there is the world championships where I have to perform well to qualify for the Tokyo Games. I am really happy with my fitness and training at the moment and I am sure, I will be able to make my dream a reality in Tokyo next year."

Comments
Topics mentioned in this article
Wrestling Sakshi Malik
Get the latest updates on IPL 2021, IPL Points Table , IPL Schedule 2021 , live score . Like us on Facebook or follow us on Twitter for more sports updates. You can also download the NDTV Cricket app for Android or iOS.