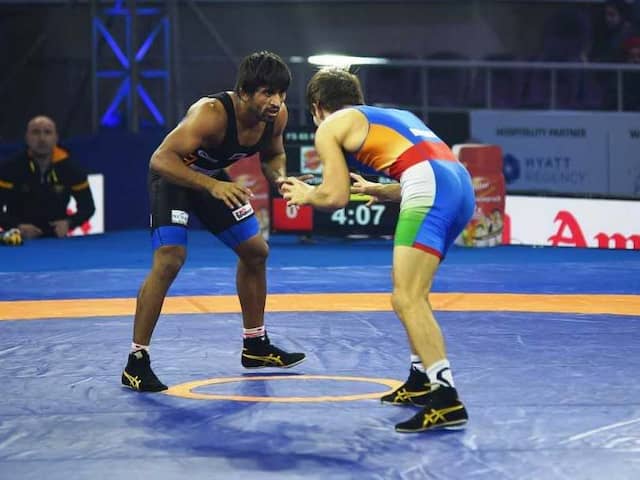 Defending champions Punjab Royals defeated Delhi Sultans 4-3 in a Pro Wrestling League (PWL) 2019 match in Ludhiana on Sunday, thanks to the brilliant performance of Bajrang Punia. Bajrang Punia didn't let the home fans down winning the decider against Andrey Kviatkovski of Delhi Sultans 9-0 in a closely fought 65 kg encounter between the two world championships participants. After the reversal of fortunes in the last encounter against Mumbai Maharathi, this was a much-needed win for the defending champions.

This was a much improved performance from Sakshi than the one she had against Navjot Kaur of UP Dangal in the last match.

Earlier, the 2017-18 World Military Championships gold medallist Russian Khetik Tsabalov of Delhi Sultans won the first bout of the evening against Asian Championships bronze medallist Punjab Royals' Vinod Kumar 14-0 after the referee awarded the bout to the former midway through the second round due to technical superiority.

Tsabalov was leading 10-0 at the break.

Pinki was coming to this bout riding on the wave of an upset win over world champion Vanesa Kaladzinskaya in the previous round. But Anju gave Pinki a good run for her money before succumbing 4-9. Both teams were two wins apiece at this stage.

The 2018 Commonwealth Games silver medallist Korey Jarvis of Punjab Royals won the 125 kg bout against Delhi Sultans Satender Malik 7-2 despite the Indian holding the Canadian at bay for most part of the bout.