Vinesh Phogat said Pro Wrestling League gave her the opportunity to hone her skills against the some of the best in the world. 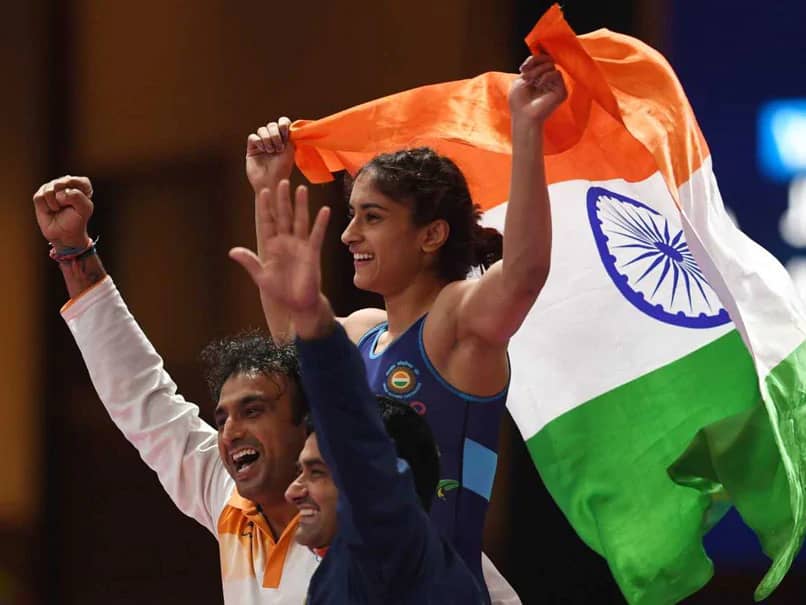 Vinesh Phogat on Wednesday credited the experience she gained in the Pro Wrestling League (PWL) for playing a big role in her clinching the gold medal in the Asian Games last year. Vinesh outclassed Japan's Yuki Irie 6-2 to win the 50kg final to win gold and become India's first women's wrestling champion at the Asian Games. Vinesh said Pro Wrestling League gave her the opportunity to hone her skills against the best in the world, some of whom she went on to face at the Asiad in Jakarta.

"PWL gave me the opportunity to wrestle with some really good wrestlers, which eventually stood me in good stead during the Asian Games. I will tell you why I am saying so," said Vinesh Phogat.

"I played Sun Yanan of China twice in PWL-3 and lost on both occasions. But I learnt a lot from those defeats. And when I learnt that I am facing Yanan in the opening bout of the Asian Games, I told myself that come what may, I shouldn't commit the same mistakes again," the star wrestler added.

"The strategy that I adopted against Yanan during that match turned out to be spot on and I was able to win that bout quite comfortably in the end," added the 24-year-old from Balali who went on to became the first Indian woman ever to win a wrestling gold at the Asiad.

Talking about the participants in the upcoming PWL season, Vinesh Phogat said that though she has defeated most Indian wrestlers who will be in the fray in this edition, she doesn't want to be complacent and added that she respects each and every wrestler in the competition.

"I am sure I will have tough competition from last year's winner and world champion Vanesa Kaladzinskaya of Belarus. I have never fought against her as we both were in the same team last year and she was also competing in a different weight category in the international arena. But this time, she is in my category and I will have to be at my best against her," she said.

"Though we have never competed at the international level, we were teammates last year but this year she is my rival," Vinesh added.

Vinesh featured for Delhi Sultans in the first edition and for UP Dangal last year when she also won the Best Wrestler's title.

She couldn't participate in the second season due to injury. This year she has been picked by Mumbai Maharathi for a price of Rs 25 lakh.

She is expected to face tough competition from Ritu Phogat of MP Yodha, Anju from NCR Punjab Royals, Vanesa and Pinky from UP Dangal and Seema from Haryana Hammers.