With Saina Nehwal recovering from a knee injury that spoilt her Olympic campaign, all eyes will be on PV Sindhu - the Rio 2016 silver medallist - and the Indian is aware of the expectations 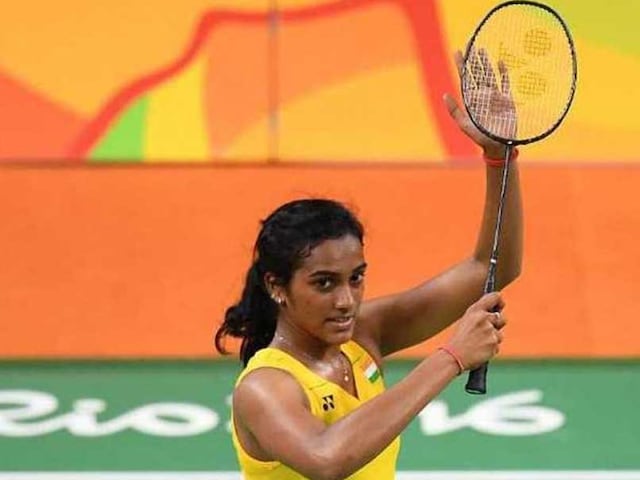 A slew of felicitation programs kept her busy in the last one and a half month after Sindhu returned from Rio de Janeiro, becoming the first Indian badminton player to win a silver and her legions of fans will expect her to replicate the Olympic success when she competes this week.

The sixth-seeded Indian will open her campaign against China's He Bingjiao on Wednesday. Sindhu has been clubbed in the second half of the draw where she might face the likes of second seed Ratchanok Intanon of Thailand, Korean fourth seed Sung Ji Hyun and the tricky Chinese Taipei girl Tai Tzu Ying, seeded fifth.

With Saina Nehwal recovering from a knee injury that spoilt her Olympic campaign, all eyes will be on Sindhu and the Indian is aware of the expectations.

"Olympics has given me a lot of confidence and with the same confidence I hope I would go further. Responsibilities will always be high from now on. It's just that I shouldn't take much of pressure and play my game. I just want to go to the court and give my 100 per cent," said Sindhu, who has a 1-3 head-to-head record against Bingjiao.

The girl from Hyderabad, who won two bronze medals at the World Championships, defeated three top players en route to her silver medal but interestingly her best performance at any Super Series tournament has been a runners-up finish at Denmark Open last year.

In the men's singles competitions, Ajay Jayaram will look to continue his good run after a final finish at the Dutch Open Grand Prix on Sunday. The 29-year-old will start his campaign against Thailand's Boonsak Ponsana.

While Rio Olympics quarter-finalist K Srikanth will be missing in action due to an ankle injury, other Indians such as Sai Praneeth B, H S Prannoy and P Kashyap will be competing in a tough field.

B Sai Praneeth will face Tanongsak Saensomboonsuk of Thailand, while Prannoy will take on a qualifier in the opening round on Wednesday.

Commonwealth Games champion Kashyap, who is on a comeback trail, will face off Raul Must of Estonia. The Indian had lost to Raul last week at Dutch Open Grand Prix and would look to settle the scores this time.

The Indian mixed doubles pair of Pranaav and N Sikki Reddy, who clinched two titles this season in Brazil and Russia, will start their campaign against fifth seeds Joachim Fischer Nielsen and Christinna Pedersen of Denmark on Tuesday.

Comments
Topics mentioned in this article
PV Sindhu , 1900-01-01 , India Saina Nehwal , 1990-03-17 , India Badminton , 1900-01-01 ,
Get the latest Cricket news, check out the India cricket schedule, Cricket live score . Like us on Facebook or follow us on Twitter for more sports updates. You can also download the NDTV Cricket app for Android or iOS.