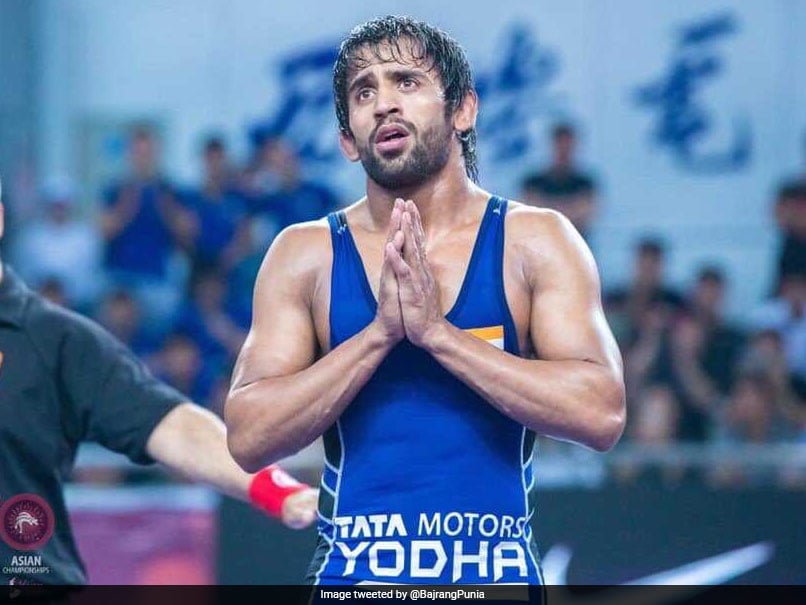 Bjarang Punia will take on two-time US national champion Yianni Diakomahlis on May 6.© Twitter

Wrestler Bajrang Punia has asked the Indian diaspora in New York for their support on his Twitter handle as he takes on the two-time US national champion Yianni Diakomahlis at the Madison Square Garden on May 6 for the 'Grapple at the Garden' Beat the Streets event, which has become a key platform for international wrestling since 2010. Punia was recommended by the Wrestling Federation of India for the Rajiv Gandhi Khel Ratna Award on April 29.

Punia was a gold medallist in the Asian Wrestling Championships that took place in Xi'an, China, in the 65 kg category after defeating Sayatbek Okassov from Kazakhstan 12-7. The current World Number 1 in the 65 kg category has also won gold medals in the 2018 Commonwealth Games in Gold Coast, Australia, as well as the 2018 Asian Games in Jakarta and Palembang, Indonesia.