Bajrang Punia's improved leg defence was on display as he reached the gold medal match along with three more Indians, including Ravi Dahiya. 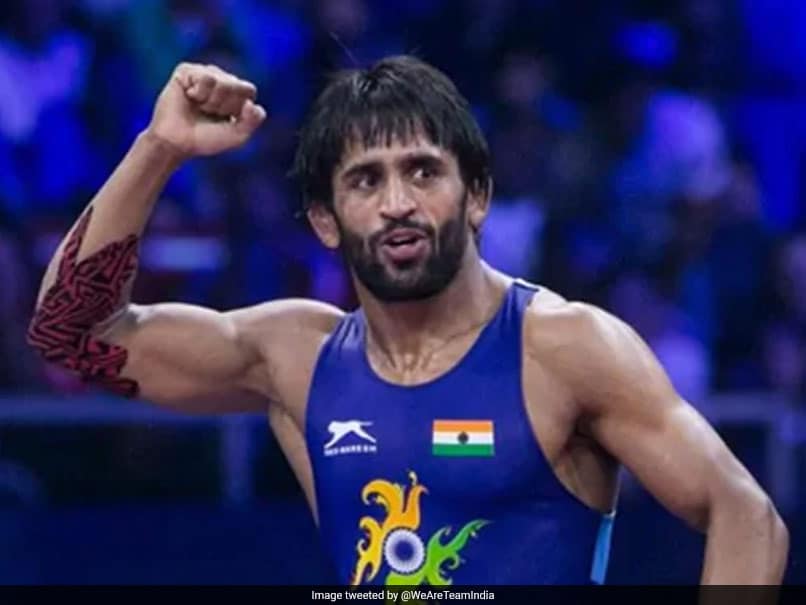 Bajrang Punia's improved leg defence was on display as he reached the gold medal match along with three more Indians, including Ravi Dahiya, on the opening day of men's freestyle competition at the Asian Wrestling Championship in New Delhi on Saturday. In a strong performance, Bajrang conceded only two points en route to the final, where he will meet Japan's Takuto Otoguro in a repeat of 2018 World Championship final.

Poor leg defence and conceding a big lead in the first period has troubled Bajrangfor some time but none of the issues cropped up Saturday as he remained strong from the beginning in the 65kg competition.

In 57kg, Ravi Dahiya, who is fast emerging a strong contender at the Tokyo Games, too put up a strong show beating Japan's Yuki Takahashi (14-5) before pinning Mongolia's Tugs Batjargal.

In the semifinal, Uzbekistan's Nurislam Sanayev too could not challenge Ravi much. He will now take on Tajikistan's Hikmatullo Vohidov.

Of the five Indian in action today, it was only Naveen who missed out on final appearance in the 70kg category.

He lost his semifinal to Iran's Amirhossein Ali Hosseini 2-3. He will now fight for bronze with Kazkahstan's Meirzhan Ashirov.

Comments
Topics mentioned in this article
Bajrang Punia Wrestling
Get the latest updates on ICC T20 Worldcup 2022 and CWG 2022 check out the Schedule, Live Score and Medals Tally. Like us on Facebook or follow us on Twitter for more sports updates. You can also download the NDTV Cricket app for Android or iOS.