Bronze medallist at the 2016 Rio Olympics, Sakshi Malik was the only Indian to get through to the title round on Friday before losing a closely fought 65kg final to Naomi Ruike of Japan. 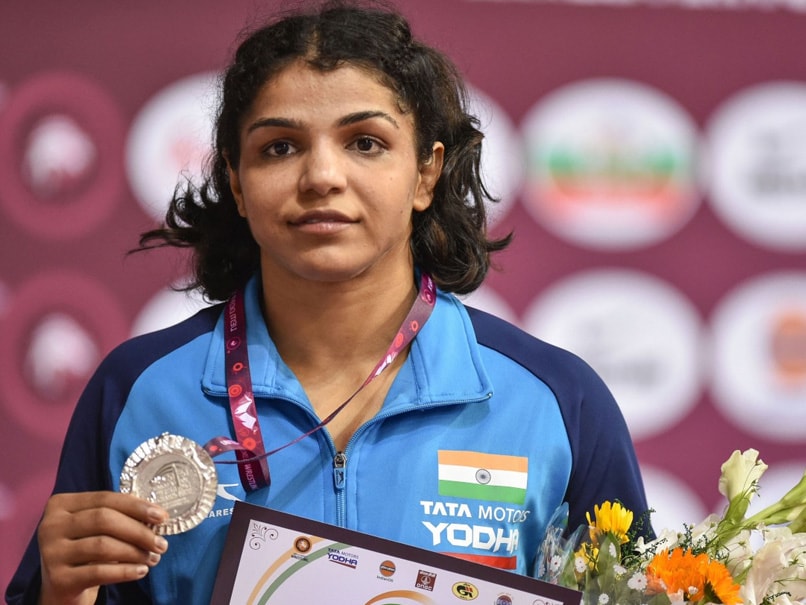 Sakshi Malik admitted that she may have underestimated her opponent in the final.© PTI

Star grappler Sakshi Malik went down fighting in the final of the 65 kg category to remain content with a silver at the Asian Wrestling Championship being held at the KD Jadhav Wrestling Hall in New Delhi on Friday, while Asian Games gold medallist Vinesh Phogat won a bronze. Vinesh beat Vietnam's Thi Ly Kiu 10-0 by technical superiority in the bronze medal match in the 53kg category. Earlier, a defeat to Japanese Mayu Mukaida put her out of contention for the gold. Notably, Mukaida, who won silver at the 2019 wrestling World Championships, went on to lose her gold medal match.

Bronze medallist at the 2016 Rio Olympics, Sakshi was the only Indian to get through to the title round on Friday before losing a closely fought 65kg final to Naomi Ruike of Japan.

Sakshi was unable to execute an attack on her opponent's legs in the second minute of the match which gave Ruike an opportunity to steal two points. Sakshi came within touching distance of overturning the deficit in the final seconds of the bout, but Ruike held fort.

"I tried to attack in the beginning, but was not too successful. I probably should have been more aggressive," Sakshi said after the bout.

"This tournament has been useful for me to understand where I stand going into the Olympic qualifiers. I can't rate myself. The coaches will tell me where I went wrong and how good or bad I was," she added.

Sakshi also admitted that she may have underestimated her opponent in the final.

Meanwhile, Gursharan Preet Kaur won a bronze with a 5-2 win over Mongolia's Tsevegmed Enkhbayar. She had beaten Svetlana Oknazarova of Uzbekistan earlier in the day but her subsequent loss to Kazakhstan's Zhamila Bakbergenova cost her a place in the final.

Sonam (18), who beat Sakshi in trial before the championships, was beaten in the 62kg bronze medal match by reigning world champion Aisuluu Tynybekova of Kyrgyzstan.

Tynybekova's superior experience was on display as she gave the 18-year-old World Cadet champion no quarter and won 11-0 by technical superiority. This was Sonam's first senior appearance at the tournament.

Comments
Topics mentioned in this article
Sakshi Malik Wrestling
Get the latest updates on Fifa Worldcup 2022 and check out  Fifa World Cup Schedule, Stats and Live Cricket Score. Like us on Facebook or follow us on Twitter for more sports updates. You can also download the NDTV Cricket app for Android or iOS.