West Indies Bowlers Need to be Patient as it's a Batting Pitch: Devendra Bishoo

Leg-spinner Devendra Bishoo picked up three wickets for the West Indies on the first day of the first Test against India. 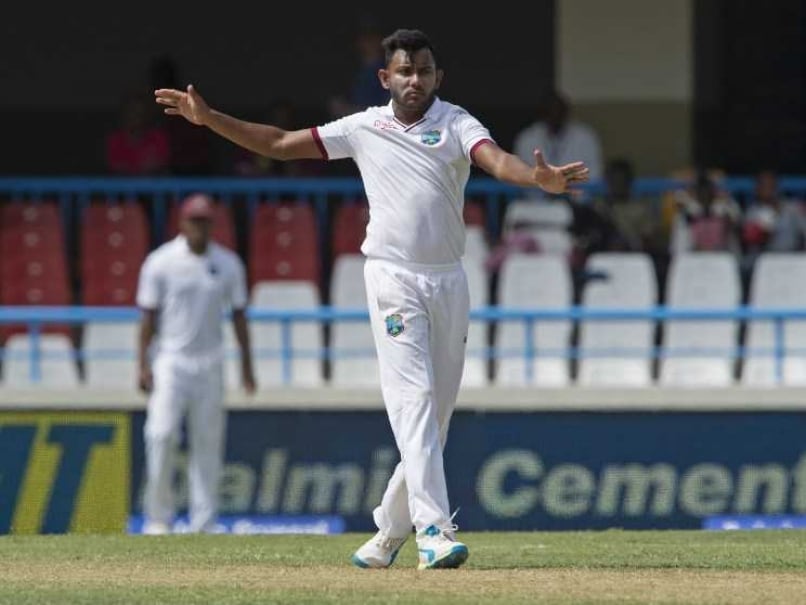 West Indies leg spinner Devendra Bishoo has said that the pitch at the Sir Vivian Richards Stadium is a batting friendly where the bowlers need to be patient in order to get wickets.

Courtesy Virat Kohli's attacking unbeaten 143,India have reached 302 for 4with Bishoo emerging as the most successful bowler with figures of 3 for 108.

"I think this is a very good pitch. It's a batting pitch," Bishoo said after the day's play.

"We, as bowlers, have to be patient as much as possible and take it one ball at a time. Day one pitches don't turn that much. On days three, four and maybe day five, it's going to turn more," the pint-sized leg-spinner added.

"We could have been in a better position probably. At the end of the day, it's a good pitch and theIndian batsmen kept relishing it. We just didn't put the ball in the areas as much, but we bowled well in patches.

"We just have to take it one over at a time and take it session by session. Put the ball in the right areas for as long as possible, and make it hard for them. At the end of it, we have to be patient," he added.

While he finished with three wickets, it was pacer Shannon Gabriel who bowled the best on day one, putting openers Shikhar Dhawan and Murali Vijay in a spot of bother. He looked dangerous in every spell.

"I think Shannon bowled really good upfront today and he started off very well. He bowled with great pace. The rest of the bowlers, as I said, bowled well in patches. We need to be a bit more patient because the wicket is good," said Bishoo.

When asked if West Indies missed a trick by picking only four bowlers plus debutant Roston Chase, he replied in negative.

Bishoo didn't speak much about Kohli's hundred, only outlining that the hosts can fight back in the days to come.

"It's not challenging (to bowl at him). At the end of the day, it's cricket. We have to be patient. It's just the start of the series and there is a long way to go. Everybody has good and bad days, we just have to move forward as a team," he signed off.

Comments
Topics mentioned in this article
West Indies vs India 2016 India Cricket Team West Indies Cricket Team Devendra Bishoo Cricket
Get the latest updates on IPL Auction 2023 and check out  IPL 2023 and Live Cricket Score. Like us on Facebook or follow us on Twitter for more sports updates. You can also download the NDTV Cricket app for Android or iOS.