Virat Kohli-led Indian Test team, under the guidance of Anil Kumble, has the chance to seal their supremacy on world cricket 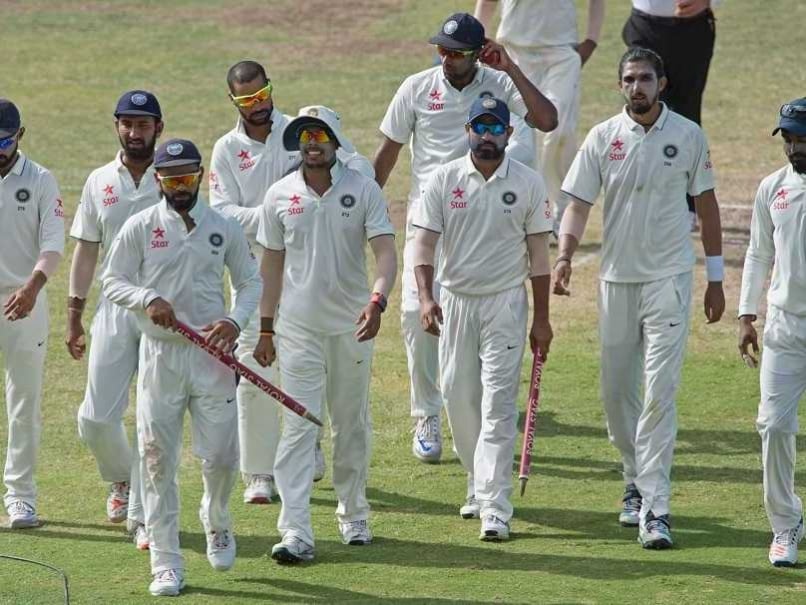 India need to dominate Test matches and players cannot be content with just looking to improve, captain Virat Kohli said after the tourists thrashed West Indies by an innings and 92 runs in the first Test in Antigua on Saturday.

The margin of the victory, secured within four days, was India's largest outside Asia and gave the side a 1-0 lead in the four-match series.

"We are not at a stage now where we need to come and improve," Kohli, who scored his first double hundred during the test, told reporters.

"We should be ready enough in international cricket to start dominating test matches and win those crucial situations and sessions. That's how we become a better team.

"If you think we are going to keep learning every series, learning every game, we will never get that hunger and that mindset to win games from difficult situations.

"We need to challenge ourselves a little bit, which this team has been willing to do and which is a wonderful sign. The way we finished the test, it all panned out pretty nicely."

While Kohli has led India to a test series win in Sri Lanka and beat South Africa 3-0 at home, their record outside South Asia in the longest format has been poor.

They have lost series in South Africa, New Zealand, England and Australia on tours since late 2013, something new coach Anil Kumble has said he wants to rectify.

The 27-year-old Kohli replaced Mahendra Singh Dhoni as India's test captain after the wicketkeeper-batsman retired from that form of cricket during the tour of Australia in late 2014.

Kohli wants his side, who are currently second behind Australia on the International CricketCouncil test rankings, to target consistency as well as wins.

"If we have a chance to win 4-0, then why not," Kohli said. "We don't need to get complacent. If we end up getting a 2-0 lead, it's not that we would be playing for a draw in the next two tests.

"As we know, if we learn to win test matches, then we'll learn how to win tests everywhere.

"We will learn how to play in different situations and we will know exactly what to do when a certain situation is going a certain way."

Comments
Topics mentioned in this article
India Cricket Team West Indies Cricket Team Virat Kohli West Indies vs India 2016 Cricket
Get the latest updates on Fifa Worldcup 2022 and check out  Fifa World Cup Schedule, Stats and Live Cricket Score. Like us on Facebook or follow us on Twitter for more sports updates. You can also download the NDTV Cricket app for Android or iOS.