Captain Mahendra Singh Dhoni, with India needing two runs to win off the last ball against West Indies, got caught in the first T20 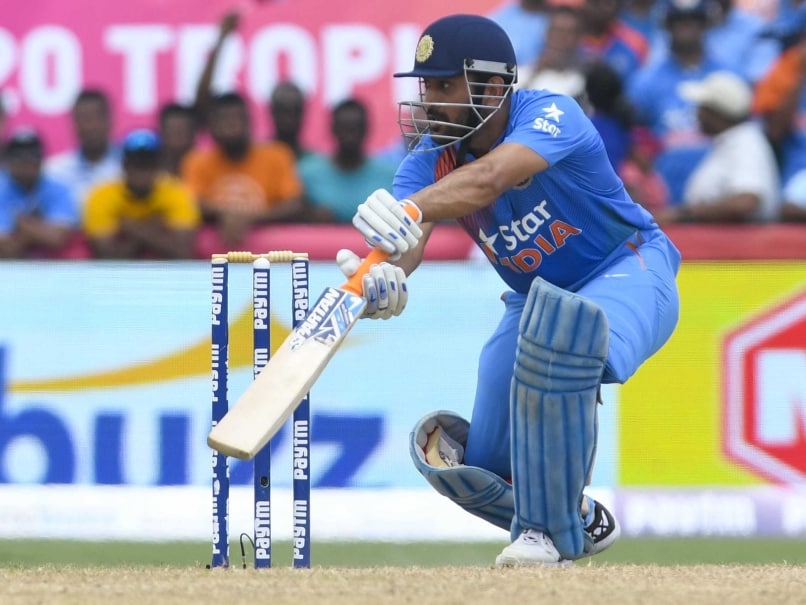 India fell short against West Indies by just one run in a record T20 chase in Florida on Saturday. India captain Mahendra Singh Dhoni could have changed the story had he succeeded in taking two runs off the last ball by Dwayne Bravo. Instead, he got out.

Dhoni admitted that the execution of his last ball dismissal which led to his side's one-run loss against the West Indies was wrong but sought to dwell on the positives from the nerve-wrecking Twenty20 International match.

"It was an amazing game. We couldn't have expected more from the batting unit. The last ball, the thinking was right but the execution was wrong. Everything is judged by execution," Dhoni said after the match.

Chasing 246 for a win, India ended their run chase at 244 for 4 with Dhoni's last ball dismissal, leaving Lokesh Rahul at 110 not out -- his maiden T20I hundred.

India needed two runs from the final ball to win the match but Dhoni failed to get those runs as he was caught by Marlon Samuels, slicing a slower delivery off Dwayne Bravo to the heartbreak of the large number of Indian supporters at the stands.

India thus failed to notch up the highest ever successful run chase in T20 Internationals as they fell short by just one run in a nerve-wrecking last ball finish to lose the first of the two T20 match against the West Indies.

"We did most things right. Whenever there was a partnership, we kept the asking rate at just 12. I felt Rahul was outstanding throughout. The others too were superb because it's not always easy to chase down 250. A win would have been perfect, but there were so many things we did right today," Dhoni, who scored 43 off 25 balls, added.

West Indies captain Carlos Brathwaite said that he gave the go-ahead to Bravo's plan to bowl a slower ball to Dhoni.

"When Bravo said he was bowling a slower ball at the end, I told him that he had my backing. But in my mind I was thinking 'really?'. We never do things easy, but we held our nerve. We couldn't quite tell who was the home team. It was a great game of cricket," he said.

Asked what he thought when his captain threw the ball to him to bowl the final over, Bravo said, "With nine runs to go, I said we didn't have anything to lose. I'd like to test my skills in these kinds of situations."

"We know what MS (Dhoni) can do. He can finish off the game with one hit. I wanted to ensure the first ball didn't go for a boundary. I wanted to keep my composure and back my skills with the two balls: the slower one and the yorker," Bravo said.

"We wanted to keep midwicket in to prevent him from just hitting it towards that region. I was a touch apprehensive to bowl the slower delivery, but then I saw MS walking across and so bowled it and it worked out."

Comments
Topics mentioned in this article
West Indies Cricket Team India Cricket Team West Indies vs India 2016 MS Dhoni Central Broward Regional Park Stadium, Lauderhill, Florida Cricket
Get the latest updates on SA vs IND 2021-22, check out the Schedule and Live Score . Like us on Facebook or follow us on Twitter for more sports updates. You can also download the NDTV Cricket app for Android or iOS.