KL Rahul blasted the joint-second fastest century in Twenty20 Internationals but India fell short by one run in the first match against West Indies in Lauderhill, Florida. 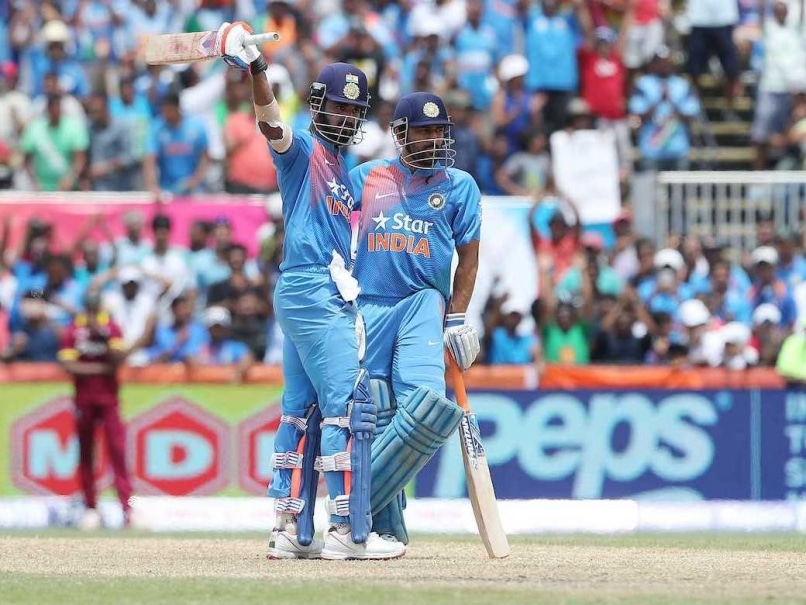 A total of 489 runs was scored, with two batsmen scoring centuries. Evin Lewis smashed his maiden T20I century in just his second match but it was KL Rahul, playing in just his fourth T20I that stole the show but India could not get over the line thanks to a magnificent last over bowled by Dwayne Bravo.

Chasing a massive 246 for victory thanks to Lewis' century and an aggressive 79 off 33 balls from Johnson Charles, India got off to an average start with Ajinkya Rahane and Virat Kohli falling cheaply. However, an 89-run stand between Lokesh Rahul and Rohit Sharma got India back on track.

Rahul was in magnificent form, finding the gap to perfection. He went after Sunil Narine by smashing him for two fours and a six. He punished West Indies skipper Carlos Brathwaite for two fours and he got a huge lease of life on 36 when Andre Russell dropped him off Brathwaite. He notched up his fifty off 25 balls and India kept themselves in the chase.

The right-hander was well supported by MS Dhoni, who showed signs of his big-hitting prowess as he started off in grand style. Rahul continued to target Narine by smashing him for another couple of boundaries and a six. In the 18th over, Rahul survived a close shout for LBW but he hung in there with Dhoni.

In the 19th over, Rahul sliced a full ball over third man to bring up his maiden hundred off 46 balls. It was the joint second-fastest century in Twenty20 Internationals, equal with South Africa's Faf du Plessis who also scored it against the West Indies in Johannesburg in 2015.

In the last over, Bravo bowled magnificently as the two-time World T20 Champions held their nerve. With two runs needed off one ball, Bravo slipped in a slower ball but Dhoni could only find Marlon Samuels at short third man as West Indies salvaged a close win.

The match, the first international outing for India in United States, was in fact a competition of show of batting prowess between the two teams on a featherbed of a pitch on a small ground at Lauderhill and Dhoni's men came second at the end.

West Indies' score of 245/6, the third highest T20 score, was amassed riding on rookie opener Evin Lewis' 100 (49 balls; 5x4, 9x6) and Johnson Charles' (79 of 33 balls; 6x4, 7x6) as the Caribbeans mauled the Indian bowlers after being put into bat by Dhoni. This was the highest ever T20 International score against India by any team, surpassing the 219 for 4 by South Africa in Johannesburg in March 2012.