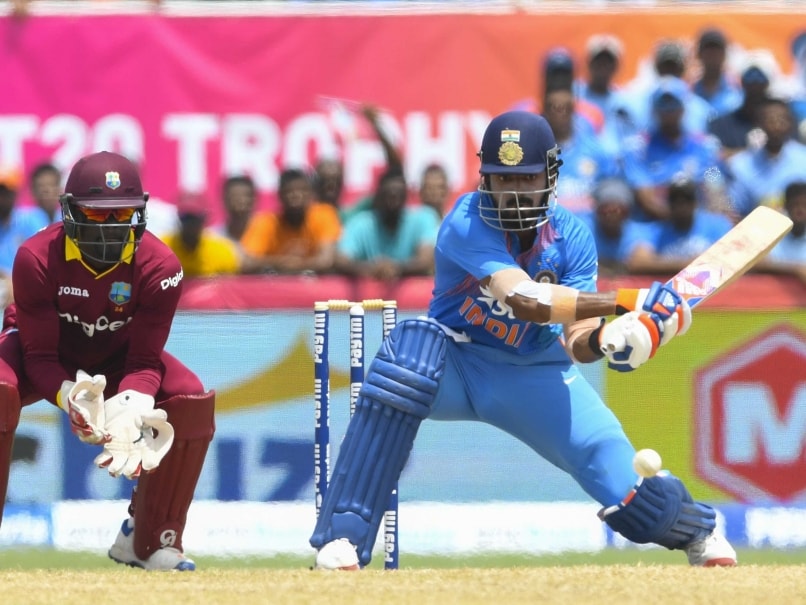 KL Rahul's unbeaten 110 against West Indies on Saturday was a silver lining for India in the T20 format. The 24-year-old Karnataka lad now has a century in all three formats of the game.

His unbeaten hundred could not get India over the line but he said his side's fighting spirit till the last ball of what could have been a world record chase, was a huge positive to draw from the one-run loss.

Rahul scored his maiden Twenty20 International century in 46 balls and stayed unbeaten on 110, striking 12 fours and five sixes in the process.

"It is very disappointing to be on the losing side but what's good to see is that we did not give up half way through," Rahul said, after India's epic chase of 246 fell short to lose the match by a run.

"The West Indies had put up a big total for us to chase and what we spoke in the dressing room was to try to take the game as long as we could and the way everyone came and approached this innings was very good to see."

Speaking of his partnership with captain Mahendra Singh Dhoni (43) and the duo's failure to take India home despite the team needing a mere eight off the last over, Rahul said it was disappointing.

"As soon as he came in, I knew that he will make me run a lot. I was already tired by the time he came, but he kept on pushing me and like I said we just kept things simple out there in the middle. We required 13 runs an over," he said.

"He said that even if we get 11-12 runs till the sixteenth over, it was ok and we could go big in the last couple of overs. We were favouring one end and hit sixes on that side and we knew that they did not have overs left from their main bowlers in the death.

"That was the plan and we just kept hitting well, kept connecting. We got 11-12 runs easily in an over. Just unfortunate it was one of those days when the game could've gone anywhere."

Comments
Topics mentioned in this article
Lokesh Rahul India Cricket Team West Indies Cricket Team Central Broward Regional Park Stadium, Lauderhill, Florida West Indies vs India 2016 Cricket
Get the latest updates on SA vs IND 2021-22, check out the Schedule and Live Score . Like us on Facebook or follow us on Twitter for more sports updates. You can also download the NDTV Cricket app for Android or iOS.