Rains washed out the third day's play of the fourth Test between India and West Indies in Port of Spain on Saturday. West Indies were 62/2 before rains had curtailed first day's play, whereas the second day had been called off as well due to the same reason. Catch highlights of India vs West Indies here

Rains washed out the third day's play of fourth Test between India and West Indies in Port of Spain. The second day had been called off as well. Catch highlights of India vs West Indies here (SCORECARD | INDIA VS WEST INDIES NEWS)

22:19 hrs IST: So the third day has been called off as well. What a heartbreak for Team India and their fans! Let's hope there is some action on the remaining two days. That's all for today's coverage. Good night!

21:50 hrs IST: Bad news! It has started to pour again in Port of Spain. Chances of action highly unlikely.

21:18 hrs IST: News coming in from Queen's Park Oval. It has begun to rain heavily.

It has started raining at the Queen's Park Oval and the the covers are back on. #WIvIND pic.twitter.com/MyIEZkuhTs


21:11 hrs IST:In a latest development, the International Cricket Council (ICC) announced that a system where the third umpire is responsible for the calling of front-foot no-balls will be trialled during the upcoming ODI series between England and Pakistan. Read more here.

20:25 hrs IST: Meanwhile, rain and bad light curtailed the second day of the first Test between South Africa and New Zealand at Durban.

20:12 hrs IST:The pitch inspection will have to wait a little longer. Add to this, there are chances that rain could occur at any moment. Fingers crossed.

19:01 hrs IST: The news from Trinidad is that wet outfield has again delayed the start of play on day three. There are some wet patches on the outfield. There will be an inspection at 20:30 hrs IST.

19:00 hrs IST: A warm welcome to the third day of the fourth Test between India and West Indies from Port-of-Spain. The second day was washed out completely and India will be hoping that rain does not interfere further in this match. 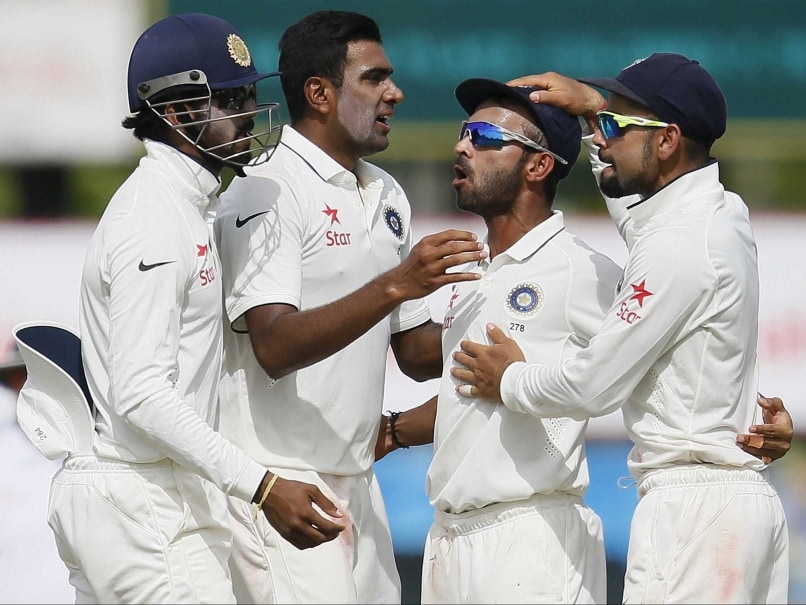 There were forecasts for heavy rain on Day 2, but surprisingly there was no rain till the stumps. The wet ground conditions prevented the players from taking the field.

The players who had come to the ground were left dejected.

India had got rid of Leon Johnson (9) and Darren Bravo (10) on Day 1 before rain spoiled rest of the day's play.

Windies finished the opening day at 62/2. Kraigg Brathwaite (32) and Marlon Samuels (4) are currently at the crease.Â