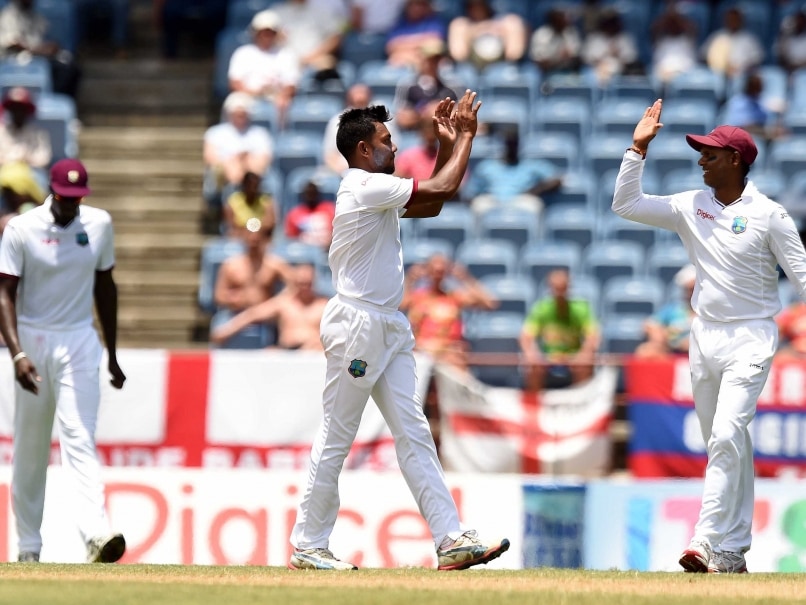 Gearing up for the four-Test rubber, West Indies leg-spinner Devendra Bishoo is looking forward to bowl long spells and pick up wickets when the bilateral series against India gets underway at Antigua on July 21.

The 30-year-old, who was named as the frontline spinner in the 13-man West Indies squad, is currently slogging it out at the ongoing camp at UWI Cave Hill Campus, in preparation for the month-long series.

"The bowling is good. I didn't get to play much matches in the Caribbean T20 (CPL) but Test cricket is a whole different kettle of fish," Bishoo was quoted as saying in WICB website.

"I'm up for it, I really want to have a good series. It's very important for me. I know I will have to bowl long spells but I just want to bowl long good spells and get a lot of wickets in the tournament."

Bishoo, who made his debut five years ago, said there are lots of expectations from his young team and they are working really hard to improve their performances.

"We've been putting in the work since day one and we've been enjoying it as a team. All the boys are very comfortable and we're looking forward to the tournament," he said.

"Everyone is really up for it and we really want to do well in the series. As a young team, there are a lot of expectations on us as for the last few Test matches we haven't been doing that great but I think the team is coming along very well.

"We're getting there as a team, the togetherness is there and we'll like to take it from here," said Bishoo, who has played 15 Tests, picking up 55 wickets at an average of 38.

The Guyanese said they have to be prepared both mentally and physically if they were to get the better of the world number two Indian team.

"Both sides are important, the mental side and then the physical part of it. If you're not fit you can't focus that well," he said.

"Test matches are long and drawn out but at the end of the day you have to be tough. If you're mentally fit and physically fit, you make it a lot easier on yourself and on your body."

Comments
Topics mentioned in this article
West Indies Cricket Team India Cricket Team Devendra Bishoo Cricket West Indies vs India 2016
Get the latest updates on IPL Auction 2023 and check out  IPL 2023 and Live Cricket Score. Like us on Facebook or follow us on Twitter for more sports updates. You can also download the NDTV Cricket app for Android or iOS.