Cricket Looks For an American Pie

India's two T20 internationals series against the West Indies in Florida, USA is a first in the history of cricket. It is an experiment by the BCCI and certainly by the ICC. To strike a right chord with the locals in the country of NBA and MLS, the cricket superpowers in the ICC will have to show real intent. As of now, the series gives a sneak-peak into the market and its thirst for cricket's super short version 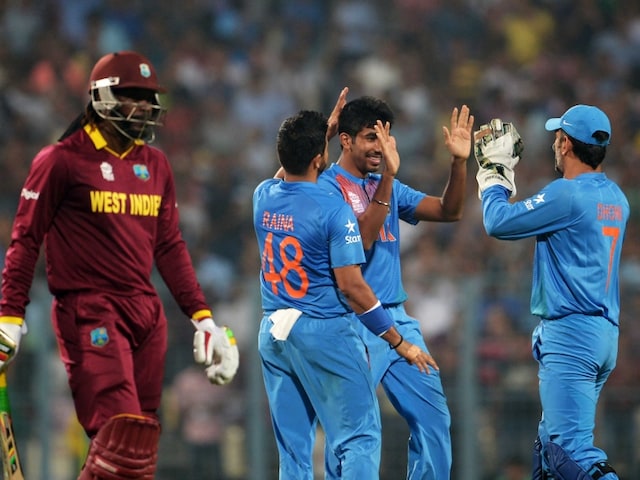 At least 15,ooo tickets have been sold for each of the two T20Is between India and West Indies.© AFP

At least 15,000 tickets of the Central Broward Regional Park have been sold for each of the fixtures over the weekend. Flights to Miami are overbooked and so are the hotel rooms in and around Fort Lauderdale. Around 70,000 people live in Lauderhill but the town is expected to see a massive influx of cricket aficionados over the weekend. And they are travelling from all over the world.

Former Indian cricketer Aakash Chopra says, " I am actually excited to see India playing a couple of matches there and hopefully we will get to see a bit more in the future . We saw Cricket All Stars playing three matches in the US, where all the legends were involved. Lots of people turned up. Some of the players who actually played there, told me it was a fantastic experience. These are unchartered waters, slightly different territories. Let's see how it goes." 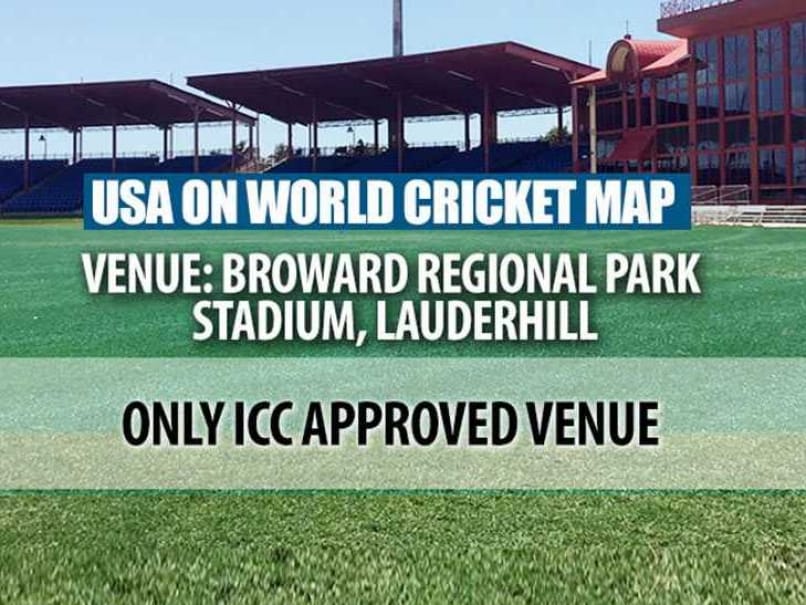 Central Broward Regional Park is the only ICC-approved venue in the US.

A survey by Kolkata Knight Riders, that owns a team in the Caribbean Premier League reveals Americans love watching sport in the stadium and they do not mind spending anywhere between USD 50-300 for tickets. The size of the diaspora is huge. There are about 35 lakh Indians in the US, ten lakh Bangladeshis, over three lakh Pakistanis and two lakh Sri Lankans. Central Broward Regional Park was one of the venues for Caribbean Premier League.

KKR CEO Venky Mysore, having witnessed the craving for T20 cricket, says, "I think the people from the sub-continent are hungry for cricket, and our data shows they consume that content a lot even when the IPL happens. So it was logical extension for us (to buy a CPL team) and an opportunity to look at the US market and expand our fan base, as well as the brand." The stadium has hosted four T20 internationals so far.

While for an IPL team that makes perfect sense, how does international cricket benefit from taking the sport to the US?

Sharda Ugra, senior editor, ESPNCricinfo has an answer for that.

"What's being attempted here is to break into a larger market, not as an expat audience as such, but try to get Americans to look at cricket as an alternative to a vast range of sports entertainment options that are available." The Indian diaspora in US is 3.5 million strong.

Lauderdale is the only ICC-approved stadium in the country. And West Indies have played there before, against New Zealand in 2012. The first Twenty20 internationals in the USA involved New Zealand and Sri Lanka in 2010.

Unlike in other places, this is a proper cricket facility, not baseball ground turned into a cricket stadium.

Many believe that this would catch the fancy of the locals because the sports market in the US is massively wealthy, the kind of money cricket is yet to see. 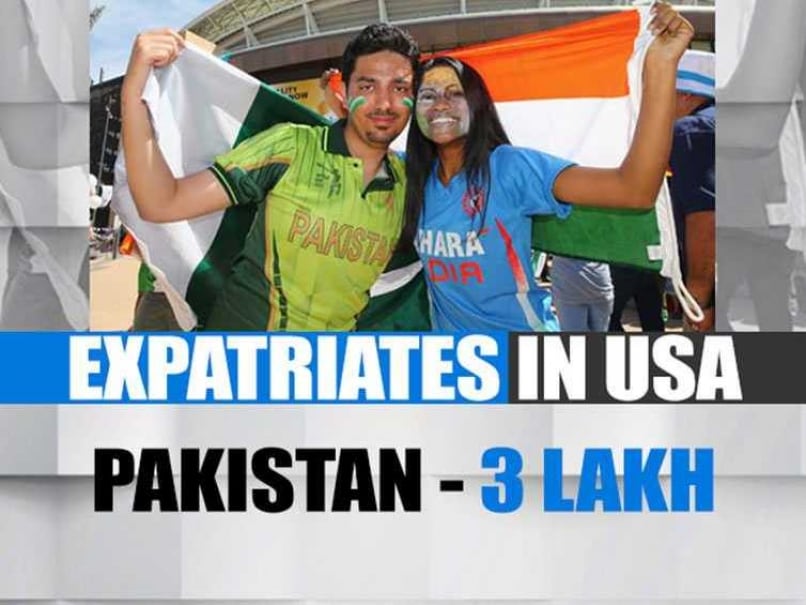 There are around three lakh Pakistan nationals in the US.

Ugra added,"I think there may be a sort of ceiling limit that has been reached, and the people who are in the business will tell you. This is the reason why cricket is looking for a market bigger and better. India is a hot ticket team to take there because of the 3.5 million Indians in the US."

The digital revenue of the IPL in the US is very big. Pay-per-view coverage through Verizon FiOS, DISH, Hotwire Communications, Mediacom and RCN earned a lot of moolah, opening up a new broadcasting model for cricket. Times Internet paid almost USD 100 million to buy Willow TV, which is a US-based digital cricket broadcaster having rights to ICC events. Mysore says, "It's important that whoever plays builds an emotional connect. It takes time to build a fan base." 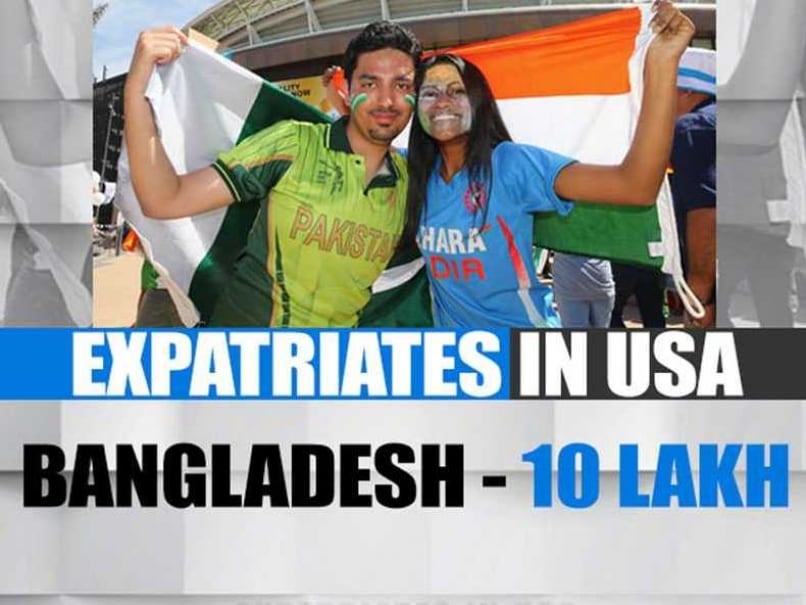 Around one million Bangladeshis reside in the US.

And that will happen when people not just follow the sport but play as well. Except Florida, there aren't enough facilities to play the sport. There is only one league called the Dallas Premier League and they find a slightly different kind of strip between two football pitches, not turf, but astro-turf which is tad diagonal. For this game to take root in the US, the game's bosses not just need to involve the Asians but the Americans as well.

Ugra points out, "One of the interesting facts is the relationship between baseball and cricket. Baseball grew as a resistance to English cricket in the 1800s. Look at it today, baseball can sometimes take up to seven and a half hours to finish but a T20 match is over in three and half to four hours." 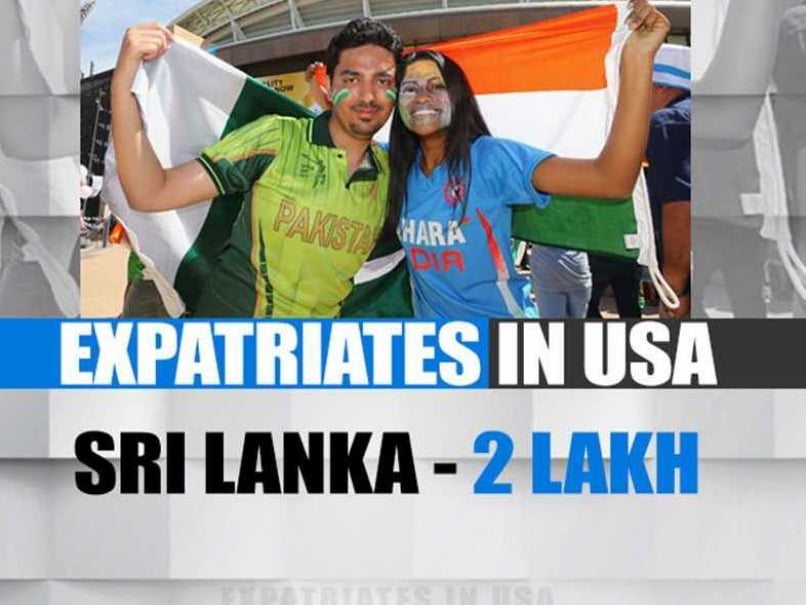 The Sri Lankan population in the US is two lakh-strong.

Perhaps something for ICC to take note of and the Indian team's visit to the US will help them assess the market. While there is a very small percentage of Americans today who follow the English game, they are happy to see and experience the arrival of the rock stars of cricket.

The ICC would be happy if there is a regular appearance by bigger nations at this venue to keep the calendar moving but keeping the venue stagnant for years or having tournaments that will last a week won't help the game grab the share of the American pie it is looking for.

Comments
Topics mentioned in this article
India Cricket Team West Indies Cricket Team MS Dhoni Carlos Brathwaite West Indies vs India 2016 Cricket
Get the latest Cricket news, check out the India cricket schedule, Cricket live score . Like us on Facebook or follow us on Twitter for more sports updates. You can also download the NDTV Cricket app for Android or iOS.