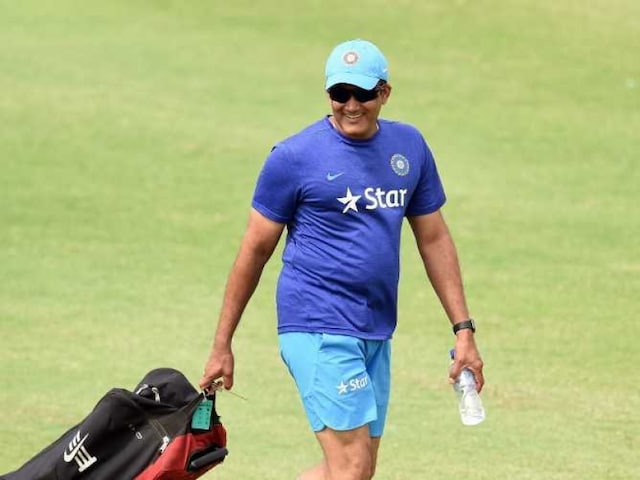 Rankings really don't matter to Anil Kumble. With rain and poor ground conditions in Port of Spain robbing India of their No. 1 status in Test cricket earlier this week, head coach Kumble is keen that his team plays good cricket in the two-match T20 series against the West Indies in Florida.

For India, the two T20 internationals against the West Indies will be grudge series of sorts. India were knocked out in the semifinals of the World T20 in Mumbai in march this year after West Indies romped to a seven-wicket win at the Wankhede.

Anil Kumble knows the 2-0 Test series win in the West Indies will have no significance at all as the Caribbeans have an entire different set of players, all masters in the art of limited overs cricket.

West Indies have reinforced their T20 squad by including Sunil Narine and Kieron Pollard. Anil Kumble knows the challenges ahead.

"West Indies have always been a tough side, they are the T20 world champions. About the shift that we need to make from Test cricket to T20, the West Indies players may not have to do that because some of them are coming straight from the Caribbean Premier League.

"They (West Indies) are quality cricketers and have shown consistently how good they are and we had a tough match in the semi-finals of the T20 World Cup as well," Kumble added.

Kumble is keen to see Indian players making the "mindset" transformation from Test to T20 format.

The core of the Indian team remains the same and except for the addition of skipper MS Dhoni and Jasprit Bumrah, India pick their first XI quite automatically.

"They are professional players and they should be able to adjust to the impressive conditions (at the Central Broward Regional Park in Lauderhill). The wicket looks ideal for a T20," said Kumble.

"In terms of the quality that we are going to encounter, we are aware of that. It's going to be a challenge and I think the Indian team has done really well over the last six months as a T20 side as well so that's something that we are looking forward to."

The ICC-certified venue has previously hosted four T20Is. In 2010, New Zealand played two matches against Sri Lanka and West Indies played the Kiwis for a couple in 2012.