Men to watch at the U.S. Open, which begins Monday. 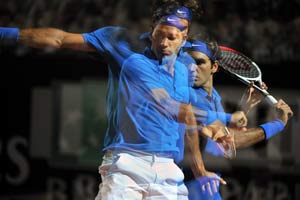 Men to watch at the U.S. Open, which begins Monday:

Topspin: Won five consecutive U.S. Open championships - and 40 matches in a row at Flushing Meadows - before his streak ended with a loss against Juan Martin del Potro in 2009 final; then lost in semifinals against Novak Djokovic each of past two years. ... Playing in 52nd consecutive Grand Slam tournament, longest active streak. ... Reached at least the quarterfinals at a record 33 consecutive majors. ... Leads ATP World Tour with six titles in 2012. 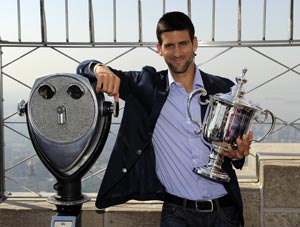 Topspin: 29-4 at Flushing Meadows over past five years, including first U.S. Open championship a year ago, after erasing match points against Federer in semifinals. ... Having a very good season in 2012, but nothing like the masterpiece he produced last year, when he entered the U.S. Open with a 57-2 record and nine titles. ... Finalist at six of the past eight Grand Slam tournaments, winning four of those titles. 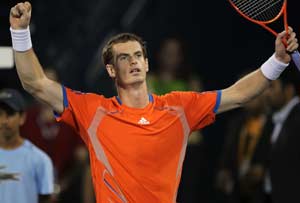 Topspin: 0-4 in Grand Slam finals as he tries to give Britain its first male champion at any major tournament since Fred Perry at the 1936 U.S. Championships. ... Gold medal at London Olympics, beating Federer in final at Wimbledon's Centre Court, could be breakthrough he needed. ... Top return of serve is a big advantage against most players on hard courts. ... Has long deemed U.S. Open his favorite Grand Slam tournament. 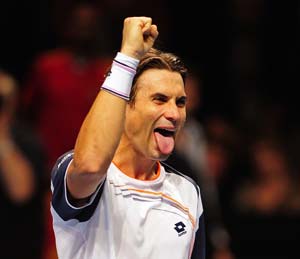 Topspin: Indefatigable; rare instance of tennis player getting better at age 30. ... With 11-time Grand Slam champion Rafael Nadal sidelined by knee problems, Ferrer gets top-four seeding. ... Federer's assessment: "Ferrer deserves a lot of credit because he's always there and he hangs around and goes deep now on all surfaces. He's become extremely good on the hard courts." 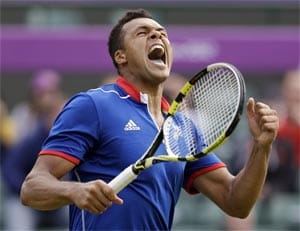 Topspin: Lost in five sets to Djokovic in French Open quarterfinals, lost in four sets to Murray in Wimbledon semifinals. ... Big serve and forehand should make him more of a threat than he's been so far on the hard courts of Flushing Meadows, where his best showing is last year's quarterfinal appearance, ending with a loss to Federer. ... Could meet Murray in quarterfinals this time. 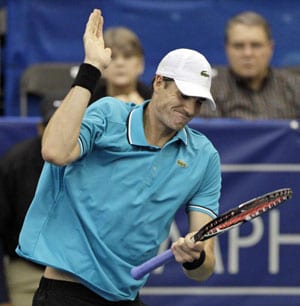 Topspin: Leads tour in aces in 2012. ... The 6-foot-9 big server has taken a step backward at the Grand Slam tournaments this season, losing in third round at Australian Open, second round at French Open and first round at Wimbledon. ... No American man has won a Grand Slam tennis title since Andy Roddick in New York in 2003; it's the country's longest drought. 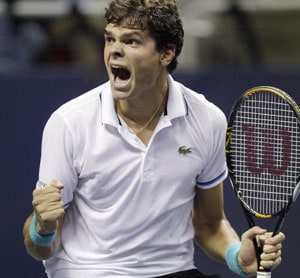 Topspin: Leads ATP World Tour this season in percentage of service games won (93) and percentage of first-serve points won (83); ranks second to Isner in total aces. ... At 6-foot-5, and armed with that powerful serve, Raonic often mentioned by Federer, others as up-and-coming player to watch out for. ... In seven career Grand Slam appearances, only once made it past the third round. 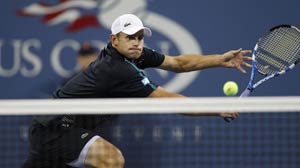 Topspin: Comes in having lost three of past four matches, all on hard courts. ... Drawn for possible fourth-round match against 2009 champion Juan Martin del Potro, quarterfinal against Djokovic. ... Slowed quite a bit this season by a series of injuries. Question is whether he has one last serious run in him at a major tournament. ... Big serve and forehand, plus plenty of support from the partisan crowds, make him a tough out on the hard courts in New York, particularly during night sessions.