Shafiqullah Ghaffari wreaked havoc with deadly figures of 6 for 15 as Afghanistan shocked hosts South Africa by seven wickets in the opening game of the ICC U-19 World Cup. 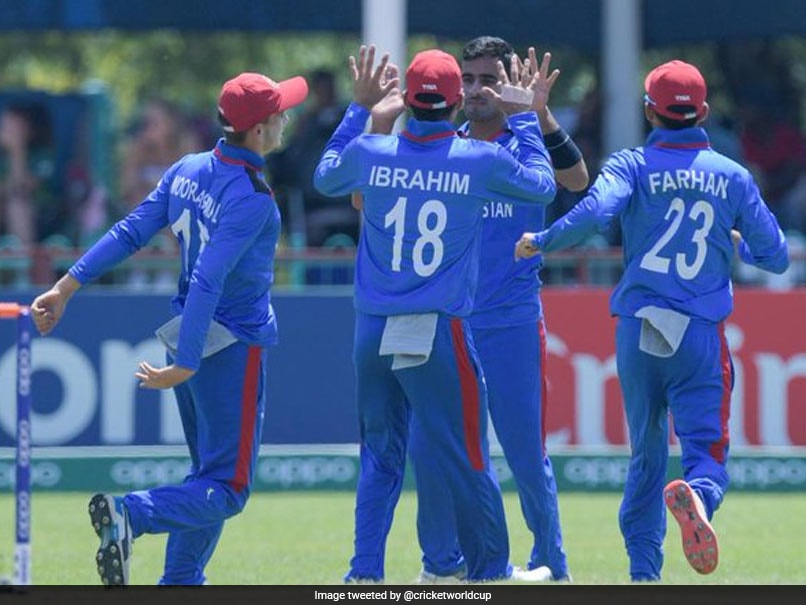 Leg-spinner Shafiqullah Ghaffari wreaked havoc with deadly figures of 6 for 15 as Afghanistan shocked hosts South Africa by seven wickets in the opening game of the ICC U-19 World Cup in Kimberley on Friday. Opting to bat, South Africa were bundled out for 129 in 29.1 overs with only three players -- Bryce Parsons (40), Luke Beaufort (25) and Gerald Coetzee (38) getting into the double figures. In reply Afghanistan knocked off the runs in 25 overs riding on half-centuries from Ibrahim Zadran (52) and Imran (57).

The victory was another indication about the kind of talent that Afghanistan cricket possesses at the moment having given the world a performer of Rashid Khan's calibre.

At the same time, South Africa's loss in indicative of the decline in standard and lack of a robust structure in domestic cricket.

Earlier, when South Africa batted, Parsons and Beaufort had steadied the innings with a 55-run third wicket stand after opening bowler Fazal Haque (2/43) had removed the two openers in quick succession.

Once Parsons was dismissed by chinaman bowler Noor Ahmed, there was a battig collapse as none of the middle and lower-order batsman could negotiate Ghaffari's leg-breaks. He literally ran through the opposition line-up as the home team lost six wickets for 28 runs to be reduced to 90 for 8.

However it was Coetzee, who used the long-handle to a good effect hitting four boundaries and three sixes that helped South Africa cross the 125-run mark which looked unlikely at one stage.

The chase was an easy one for the Afghans as Imran and Zadran added 80 for the second wicket to seal the issue. Zadran faced 72 balls and hit eight boundaries while Imran scored at more than run a ball.

His 48-ball knock had nine hits to the fence.

Comments
Topics mentioned in this article
Cricket Under 19 World Cup 2020
Get the latest updates on IPL 2021, IPL Points Table , IPL Schedule 2021 , live score . Like us on Facebook or follow us on Twitter for more sports updates. You can also download the NDTV Cricket app for Android or iOS.