Australia vs England: England's start to the first Ashes Test went from bad to worse as Josh Hazlewood picked up the wicket of number 3 Dawid Malan soon after. But the biggest shock came when the paceman sent back captain Root for a duck to leave England at 11/3. 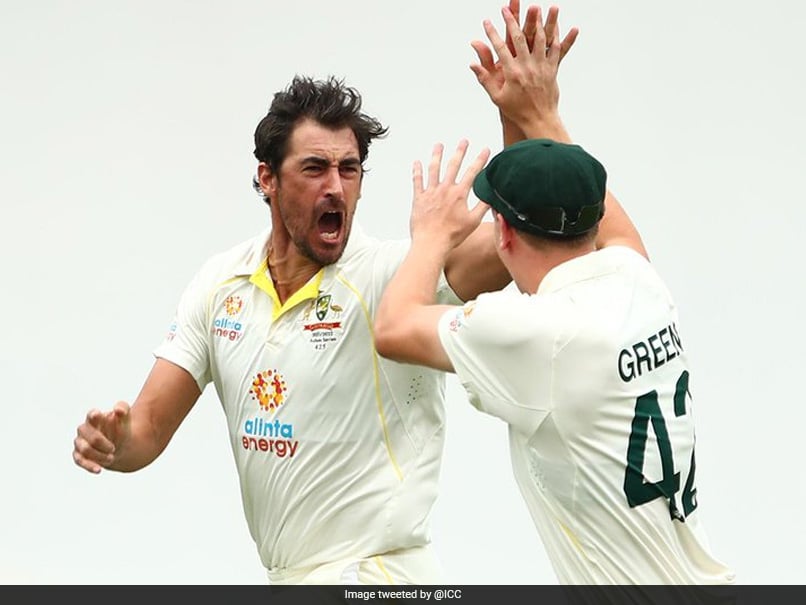 The Ashes, Australia vs England: Mitchell Starc celebrates after picking up the wicket of Rory Burns

The first Test of 'The Ashes' series between Australia and England got off to an electrifying start at the Gabba in Brisbane as Aussie paceman Mitchell Starc clean bowled England opener Rory Burns for a golden duck. Starc steamed in for the first delivery and bowled a full delivery, which found a way past Burns' legs to clatter into the stumps. Burns shuffled towards the off stump and the swinging delivery was too quick for him to keep out after getting into a terrible shape due to his initial movement.

The dismissal led to animated celebrations by the Australian who had made the best possible start to the match and the series. It was big setback for England as captain Joe Root had decided to bat first after winning the toss. The pitch has a lot of live grass on it and the English batters are in for a test against a dangerous Australian fast bowling line up.

The video of the dismissal was shared on Twitter by cricket.com.au with the caption, "What a way to start the #Ashes."

WHAT A WAY TO START THE #ASHES! pic.twitter.com/XtaiJ3SKeV

England have lost 9 of the last 10 Test matches they have played in Australia, going down 0-4 and 0-5 in the last two series played down under.

England's start to the first Test went from bad to worse as Josh Hazlewood picked up the wicket of number 3 Dawid Malan soon after. But the biggest shock came when the paceman sent back captain Root for a duck to leave England at 11/3.

It will take a huge effort from the rest of the line up to come up with a competitive first innings total for England after such a disastrous start.

Brisbane Cricket Ground (Woolloongabba), Brisbane The Ashes, 2021/22 Cricket
Get the latest updates on ICC T20 Worldcup 2022 and CWG 2022 check out the Schedule, Live Score and Medals Tally. Like us on Facebook or follow us on Twitter for more sports updates. You can also download the NDTV Cricket app for Android or iOS.