With England desperately needing a wicket, Joe Root tried to do something out of the ordinary on the final ball before tea on Day 4. 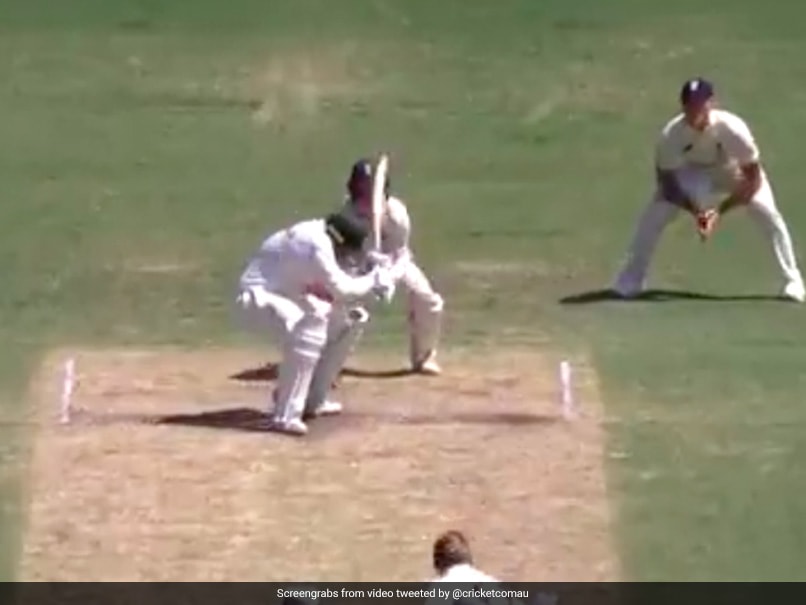 Bouncer remains as one of the go-to deliveries for a fast bowler, but how often have we seen a spinner bowl one? During Day 4 of the ongoing fourth Ashes Test at the Sydney Cricket Ground, England skipper Joe Root, who bowls right-arm off break, surprised Australia batter Usman Khawaja with a bouncer on the final ball of the session. Usually a part time bowling option, Root has rolled his arms over far too often in the ongoing five-match Ashes series.

With England desperately needing a wicket, the 30-year-old tried to do something out of the ordinary on the final ball before tea on Day 4.

Khawaja, however, ducked in time as England's makeshift wicketkeeper Ollie Pope was almost caught off guard by the delivery.

He, however, managed the collect the ball easily.

On a funnier note, Khawaja even gestured 'one bouncer for the over' as he and the England skipper exchanged smiles before heading to their respective dressing rooms for the tea break.

Khawaja remained unbeaten on 101, his second century of the match, as Australia declared their second innings at 265 for 6, setting England a target of 388 runs.

The hosts were in a spot of bother after they were reduced to 86 for 4. However, Khawaja and young all-rounder Cameron Green added 179 runs for the fifth wicket.

At stumps, England were 30 for no loss, needing 358 more runs to win the Sydney Test.

The visitors are playing for pride in the ongoing Test as Australia have already taken an unassailable 3-0 lead in the five-match series.

The fifth and final Test will be played at the Blundstone Arena in Hobart from January 14, and will be a Day/Night affair.

Joe Root The Ashes, 2021/22 Cricket
Get the latest updates on ICC T20 Worldcup 2022, check out the Schedule and Live Score. Like us on Facebook or follow us on Twitter for more sports updates. You can also download the NDTV Cricket app for Android or iOS.