The Ashes: Ashton Agar Ready For Another Spin Tilt at England in Sydney

Agar played in both Tests against Bangladesh this year and said he was ready to take on England if he got his chance in Thursday's Sydney Test. 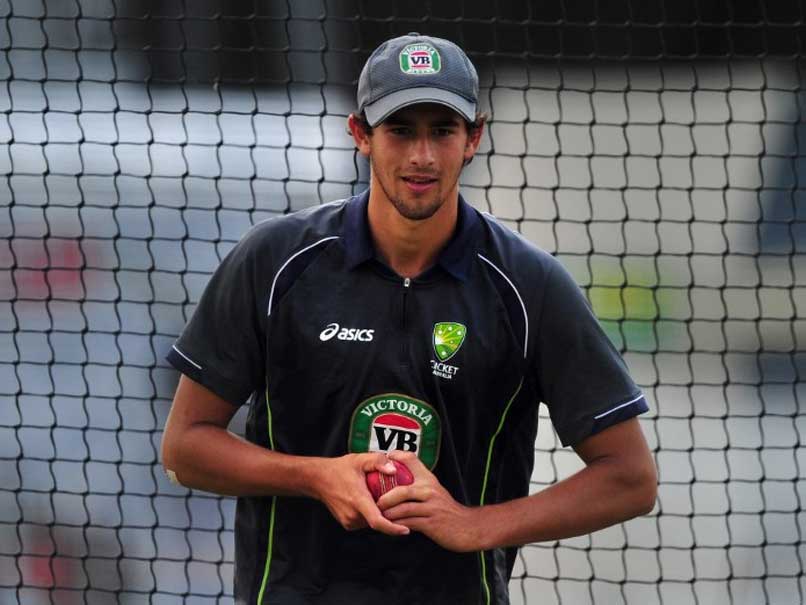 Agar shot to Test fame when he made a record score of 98 while batting at number 11.© AFP

Ashton Agar said Sunday he was ready for another crack at England after being called into Australia's squad as the second spinning option for this week's final Ashes Test in Sydney. Whether Agar plays alongside first-choice spinner Nathan Lyon depends on the state of the Sydney Cricket Ground pitch, which in the past has earned a reputation as a turning wicket. Agar shot to Test fame when he made a record score of 98 while batting at number 11 against England at Trent Bridge in July 2013.

However Agar, 24, has played only three Tests since then after he managed just two wickets at 124 in two matches in that series more than four years ago.

He played in both Tests against Bangladesh this year and said he was ready to take on England if he got his chance in Thursday's Sydney Test.

"I feel better coming into a Test match now. It doesn't feel too fresh or too out of the blue," Agar told reporters.

"Playing the one-dayers in India (this year) was a pretty whirlwind experience. So I certainly feel a lot better walking out onto the SCG now."

The hosts have already clinched the Ashes with an unassailable 3-0 lead in the series ahead of the final Test in Sydney.

Pace spearhead Mitchell Starc, who missed the Melbourne Test with a bruised heel, was bidding to play in Sydney and it was likely either Agar or Starc would replace Jackson Bird in the final Australia XI.

Agar insisted he was a far more consistent bowler than the one who made his stunning Ashes debut in 2013.

"I don't look back on that (Trent Bridge) too much. They are great memories but I've definitely moved forward since then and I feel like I've improved as a player," Agar said.

"I've grown up a lot since then. Life experience and cricket experience.

"I'm still reasonably young, but the time is now so I'm just going to give it a good crack."

"We've worked on my action a little bit a few years ago. It's just been a lot of bowling and self-confidence," Agar said.

"All you've got is yourself out there and it's certainly grown."

Smith, who hit an unbeaten 102 to play out a draw against England in Melbourne, said he did not know what to expect  in Sydney.

"We'll turn up there and see what the wicket is," Smith said after Saturday's Test draw.

"We've got all options there. We'll wait and see how we go."

Comments
Topics mentioned in this article
Ashton Agar England Cricket Team Australia Cricket Team Cricket The Ashes 2017-18
Get the latest updates on Fifa Worldcup 2022 and check out  Fifa World Cup Schedule, Stats and Live Cricket Score. Like us on Facebook or follow us on Twitter for more sports updates. You can also download the NDTV Cricket app for Android or iOS.