Nottinghamshire's Ball sprained his ankle while bowling in last week's tour game against a Cricket Australia XI in Adelaide. 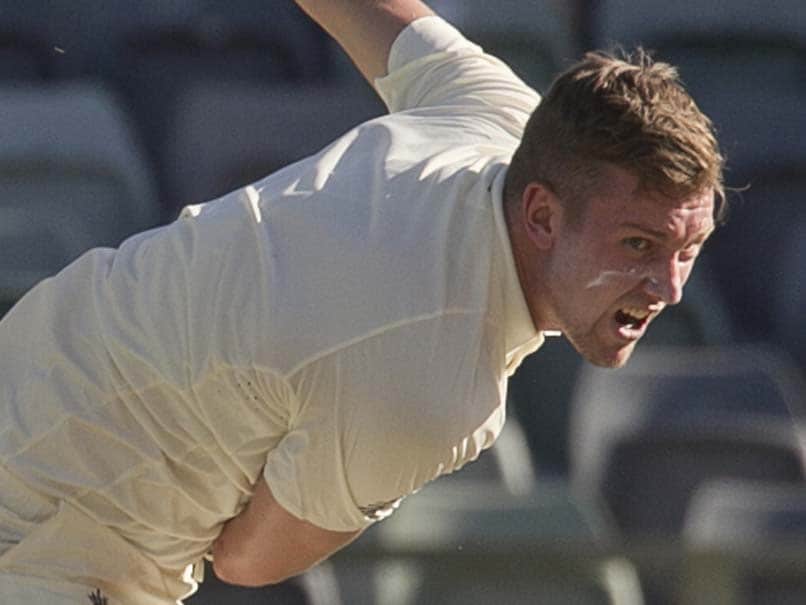 England seamer Jake Ball is expected to be fit and available for the first Ashes Test against Australia later this month, coach Trevor Bayliss said on Sunday. Nottinghamshire's Ball sprained his ankle while bowling in last week's tour game against a Cricket Australia XI in Adelaide and is unlikely to play in Wednesday's next tour game in Townsville. Bayliss said he does not expect Ball will be out of action for long and believes the quick could be in the running for the Ashes series opener in Brisbane starting November 23.

"There could be a possibility he would be right for the next game but we will probably let him go there and make sure he is right for selection for the first Test," Bayliss told reporters in Townsville.

"At least he will be available for the first Test. Whether we pick him or not, we have got to make that decision once we get closer.

"He should be right in that 7-10 day time frame, he's fairly confident."

England rolled the CA XI for 75 to wrap up an emphatic 192-run victory in the four-day warm-up game in Adelaide on Saturday.

"I thought we got our lengths a lot better in this game," Bayliss said. "In Perth (against a Western Australian XI) we bowled a lot of half volleys and a lot of long hops.

"In this match we got the length a lot better and put pressure on the opposition. We will certainly have to do that during the Test series."

James Anderson, Stuart Broad and Chris Woakes appear to be England's front-line pace attack heading into the series but Ball and Craig Overton are pressing their claims.

Overton boosted his Test prospects by taking three for 15 in the CA XI second innings.

"It's the first time I have seen him up close over a number of overs," Bayliss said.

"He is not necessarily quick but he bowls a heavy ball and good lengths. He is consistent with that length, which you need at the top level."

All-rounder Moeen Ali, who missed the Adelaide match because of a side injury, is expected to return for Wednesday's four-day game against CA XI in Townsville.

Bayliss also played down doubts over former skipper Alistair Cook's form, saying he had looked better each time he had batted on tour.

"I'm sure he would have preferred to have scored a few, but a guy with that experience has been through periods (like that) before," he said.

Cook's scratchy start to his Ashes tour continued when he made 32 from 85 balls in the second innings in Adelaide.

Cook began his tour with a second-ball duck against a WA XI and made only 15 in the first innings in Adelaide.

Comments
Topics mentioned in this article
England Cricket Team Australia Cricket Team Jake Ball The Ashes 2017 Cricket
Get the latest updates on ICC Women's Cricket World Cup 2022 and IPL 2022, check out the Schedule , Live Score and IPL Points Table. Like us on Facebook or follow us on Twitter for more sports updates. You can also download the NDTV Cricket app for Android or iOS.