The Ashes: James Pattinson ruled out of series with stress fracture

The pacer was diagnosed with the lower back problem after the tourists' defeat in the second Test at Lord's and he will now return home after the third Test at Old Trafford. 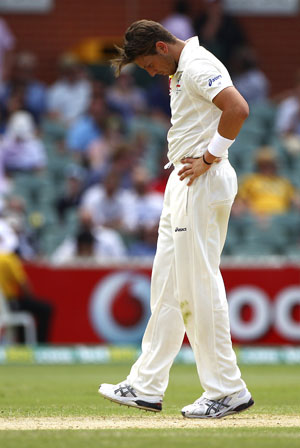 Australia bowler James Pattinson is out of the remainder of the Ashes series owing to a stress fracture in his back, Cricket Australia confirmed on Monday.

Pattinson was diagnosed with the lower back problem after the tourists' defeat in the second Test at Lord's and he will now return home after the third Test at Old Trafford.

"James Pattinson reported some hip and back soreness on the final day of the second Ashes Test," said Team doctor Peter Brukner said.

"We had some scans done today (Monday) in London that have identified an early stage low back stress fracture.

"Unfortunately he will not take any further part in this Test series and will commence a rehabilitation program with the aim to have him back for the Australian summer."

Australian selectors may now recall Mitchell Starc, left out for the 347-run loss at Lord's, while James Faulkner and Jackson Bird are also available to back up Peter Siddle and Ryan Harris.

Cricket Australia general manager Pat Howard said: "While we are obviously disappointed for James, the selectors have five bowlers fit and ready to perform in England, providing them with many options."

England lead the series 2-0 and could clinch overall victory in Manchester, starting from August 1.