Ashes 2013: Out-of-form David Warner to join Australia A in Zimbabwe

Cricket Australia has released the left-handed opening batsman from the Ashes squad to join Australia A to play Zimbabwe XI and South Africa A. 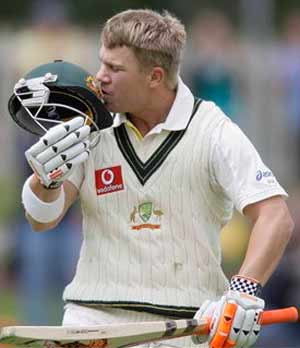 David Warner will join the Australian A squad to regain his batting form. National selector John Inverarity says the explosive left-hander will remain a part of the Ashes squad and will rejoin the team once he finds his touch.

"David has trained hard and been very supportive of the team and his teammates during the past few weeks, but his preparation for the first Test was not ideal. He is in need of match practice and runs in the longer format and the Australia A games in Zimbabwe and South Africa will provide him with the best possible opportunity," InverarityÂ  said.

"David remains a member of the Ashes squad and will return to the England at an appropriate time once we're happy he has had adequate preparation in match conditions," he added.

The national selector also said that Steve Smith will stay with the Ashes squad in England, while Aaron Finch will lead the Australia A side in his absence.

"Steve Smith will stay on with the Ashes squad for the full tour in England. As a consequence of this, Aaron Finch will take over the captaincy of Australia A while Alex Doolan has been promoted to vice-captain," Inverarity said.