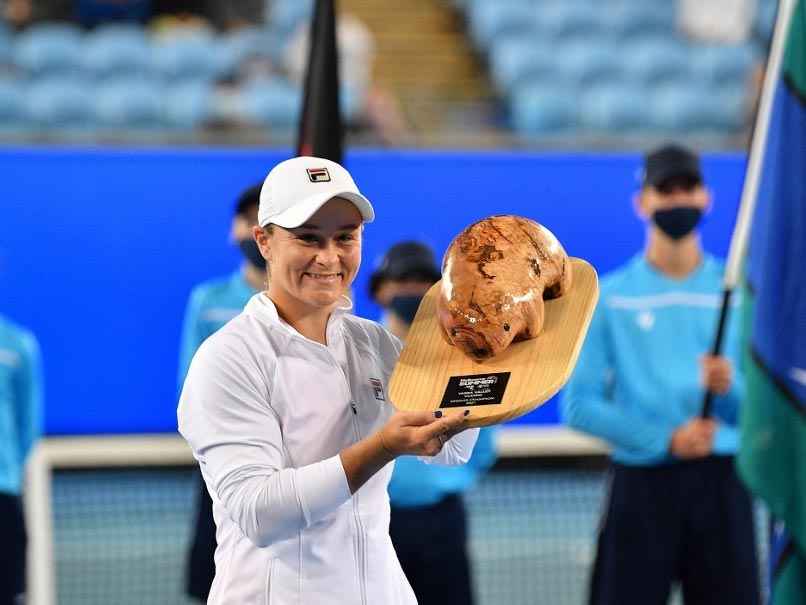 World number one Ashleigh Bartyinsisted Sunday she felt "no extra pressure" ahead of the Australian Openas she tuned up with a battling win over Garbine Muguruzato win the Yarra Valley Classic. The Australian wore down the two-time Grand Slam champion 7-6 (7/3), 6-4 on Margaret Court Arena in one hour and 47 minutes to claim her ninth WTA singles title.

It was a big confidence boost for the 24-year-old in her first tournament in 11 months, after struggling to rediscover her best form in earlier rounds and then missing out on court time when Serena Williams pulled out of their semi-final.

Barty, hoping to break her country's 43-year singles title drought at the Australian Open, said she was unfazed by rising local expectation.

"There's no extra pressure for me, that's for sure," she said. "It's the same whether it's a Grand Slam or a tour event. I love playing in Australia.

"I go into this Australian Open excited, well prepared and ready to play."

Barty received an eye-catching trophy, a wood carving of a wombat, which was designed by a local Indigenous artist.

"It's a very touching tribute to my heritage, and it's very cool to have some indigenous art," she said. Barty's father is Aboriginal.

She lifted the intensity after Spain's Muguruza had dropped just 10 games in her four earlier matches, in echoes of the 2017 form that took her to world number one. But she was unable to sustain her red-hot run.

"We're very grateful to have fans after almost a year without crowds," said the world number 15 to a smattering of spectators as intermittent rain fell outside.

"I normally don't play the week before (a Slam), but I'm taking a lot of positives from this week."

Muguruza's powerful baseline game frazzled an errant Barty early but the Spaniard was unable to close out the first set on serve in the ninth game as the Australian forced a tie-break, which she dominated.

A confident Barty continued to hit the lines to run Muguruza ragged and she claimed the title in style with a superb lob winner.

Elise Mertens of Belgium beat Estonia's Kaia Kanepi 6-4, 6-1 in 71 minutes in the final of the Gippsland Trophy.

The world number 20, who reached the final after world number three Naomi Osaka withdrew with a shoulder injury, hit 19 winners and clinched victory with her sixth ace.

Kanepi, 35, in her first WTA final since 2013, was unable to trouble her Belgian opponent, who won her sixth WTA crown.

"It means a lot that we can play tennis again ... I'm really looking forward to next week," Mertens said.

After Thursday's play was lost over the emergence of a coronavirus case, the schedule became too tight to play the final of the Grampians Trophy, which had been organised to give match practice to players who had endured hard quarantine.

Comments
Topics mentioned in this article
Ashleigh Barty Garbine Muguruza Tennis
Get the latest updates on Fifa Worldcup 2022 and check out  Fifa World Cup Schedule, Stats and Live Cricket Score. Like us on Facebook or follow us on Twitter for more sports updates. You can also download the NDTV Cricket app for Android or iOS.