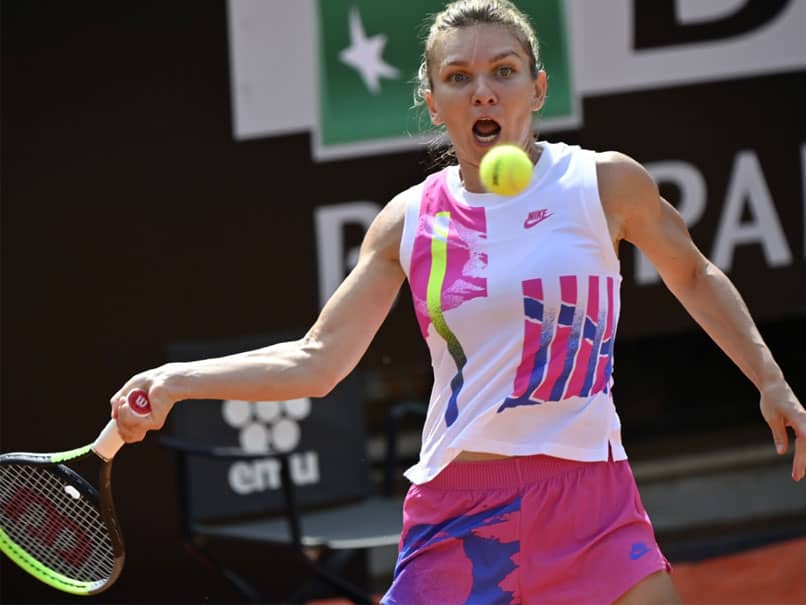 Top seed Simona Halep ousted Spaniard Garbine Muguruza in three sets to advance to her third final at the Italian Open on Sunday, played on front of a small number of spectators for the first time. The Romanian dropped her second set on clay in Rome before seeing off Muguruza 6-3, 4-6, 6-4 in a battle of former French Open champions before Roland Garros in a week's time.

Halep -- the 2018 French Open winner -- will next play either Czech defending champion Karolina Pliskova, the second seed, or Marketa Vondrousova for a place in the final.

Ninth seed Muguruza, the 2016 Roland Garros champion, fell to her fourth semi-final defeat in Rome, the furthest she has gone in the tournament.

She won the Dubai title in February, before the coronavirus lockdown, coming back to claim victory in Prague last month having skipped the US Open.

Comments
Topics mentioned in this article
Simona Halep Garbine Muguruza Tennis
Get the latest updates on India vs Australia Series, check out the India vs Australia Schedule for 2020-21 and Ind vs Aus live score . Like us on Facebook or follow us on Twitter for more sports updates. You can also download the NDTV Cricket app for Android or iOS.