The seven-time Grand Slam-winner survived a three-set examination by qualifier Konta to set up a meeting with Roberta Vinci, Serena Williams' shock conqueror in New York. 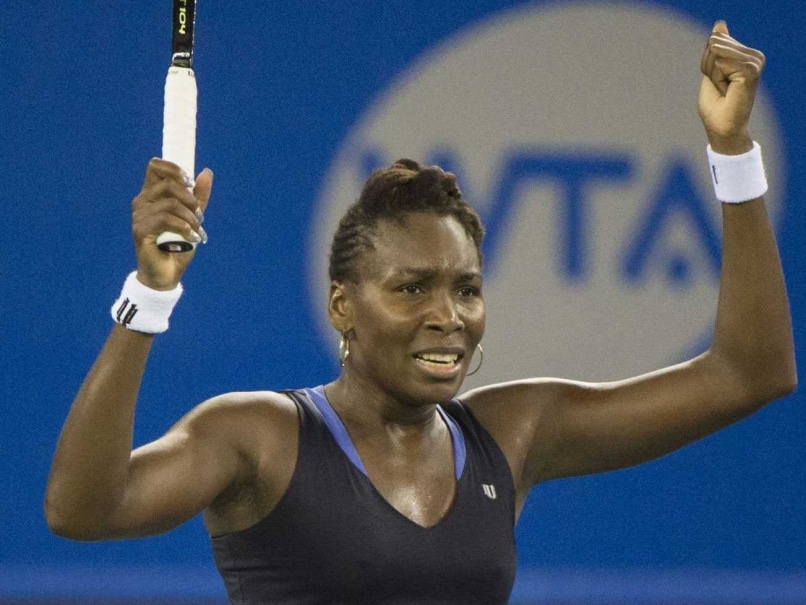 Venus Williams earned the chance to avenge her sister Serena's seismic defeat at the US Open when she subdued battling Briton Johanna Konta to reach the Wuhan Open semi-finals on Thursday.

The seven-time Grand Slam-winner survived a three-set examination by qualifier Konta to set up a meeting with Roberta Vinci, Serena Williams' shock conqueror in New York.

The American veteran looked rattled as she slipped to 3-1 down in the third set against Konta, the British number-one-in-waiting, but she recovered to take it 6-4, 6-3, 7-5.

"I was definitely waiting on a few errors which didn't come from her side," Williams said. "Maybe not my best day on the court, but that's when I have to dig deep."

Konta, who reached the US Open last 16, beat world number two Simona Halep on her way to the Wuhan quarters and she will now become Britain's number one in next week's new rankings.

"There's some things I'd like to do better. But as a whole, I played, I felt, quite a high-level match today against an incredible champion," said Konta.

Williams will now face Italian Roberta Vinci, who has won 10 of her last 11 matches -- with the sole defeat coming in the US Open final to compatriot Flavia Pennetta.

Vinci defeated Serena Williams in the semi-finals at Flushing Meadows, a cataclysmic upset which denied her a calendar-year Grand Slam and a record-equalling 22nd major title.

As Serena Williams said she was cutting her season short to heal her physical and emotional wounds, Vinci took just over 75 minutes to dismiss Czech Karolina Pliskova 7-6 (7/2), 6-3.

Muguruza could break into the top five after reaching the Wuhan semis, where she will meet German sixth seed Angelique Kerber who profited from a retirement by America's Coco Vandeweghe.

Vandeweghe took the late-season tournament's retirement tally to four when she pulled out after 56 minutes, three points into the second set, with a left ankle injury.

Comments
Topics mentioned in this article
Venus Williams Johanna Konta Roberta Vinci Tennis
Get the latest updates on IPL 2021, IPL Points Table , IPL Schedule 2021 , live score . Like us on Facebook or follow us on Twitter for more sports updates. You can also download the NDTV Cricket app for Android or iOS.