Wuhan Open: Simona Halep said she was determined to have a better Asian swing than in past years after an emphatic start to her campaign on Tuesday. 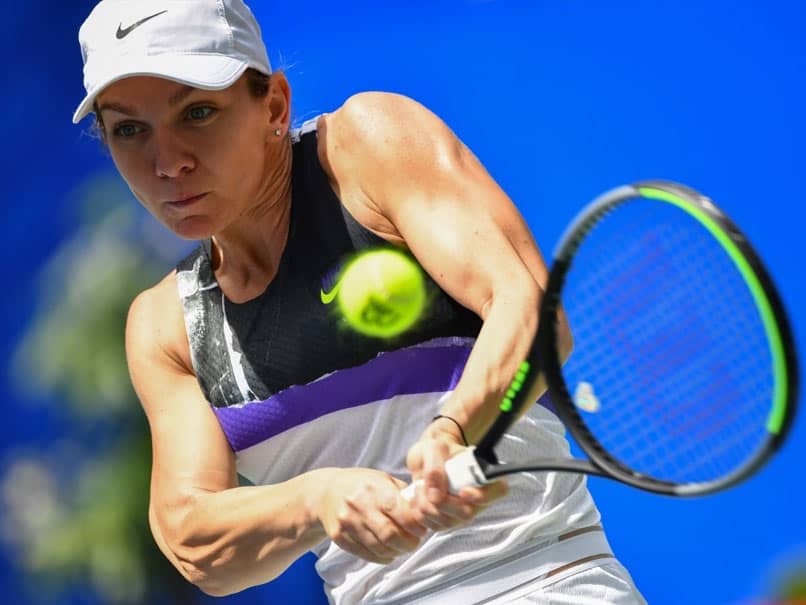 Simona Halep said that winning her first Wimbledon title this year meant "everything", but she was determined to have a better Asian swing than in past years after an emphatic start to her Wuhan Open campaign on Tuesday. Simona Halep suffered opening-round exits in three of her previous five appearances at the Chinese event -– including the last two seasons -– but was dominant in a 6-3, 6-2 triumph over Wimbledon semi-finalist Barbora Strycova to reach the last 16. A solid contender for clinching one of the six remaining spots in the WTA Finals in Shenzhen, sixth-ranked Simona Halep also has a shot at finishing the year as world number one for a third consecutive time with a strong finish to the season in Asia.

"For this period I just want to be better because every year I promised myself that I will do the best I can, and I couldn't for different reasons.

"Now I feel healthy, I feel motivated, I feel fresh. I just want to go there and win every match I play."

Simona Halep recently announced she will be reuniting with coach Darren Cahill from the start of 2020, and the Romanian is convinced they can pick up where they left off last year when the Australian helped her win a maiden Grand Slam title at the 2018 French Open.

"I'm really happy and I feel confident that next year I can do some good things again," she said.

Halep skipped past Strycova in just 85 minutes on Tuesday, benefiting from her opponent's 30 unforced errors.

Meanwhile, reigning WTA Finals champion Elina Svitolina took an important step forward to lock down a place in Shenzhen by overcoming Spaniard Garbine Muguruza 7-5, 6-2 in round two in Wuhan.

A semi-finalist at Wimbledon and the US Open this year, Svitolina is competing for a fifth consecutive week -- while managing a lingering knee injury -- as she continues to chase the opportunity to defend her Finals crown.

"I am not a robot, but I am extremely motivated to play in Shenzhen," said the Ukrainian No.3 seed. "When I step on court, every single match matters".

French Open champion Ashleigh Barty clung on to her No.1 ranking by rallying back to defeat Frenchwoman Caroline Garcia 4-6, 6-4, 6-1, and set up a third round with American Sofia Kenin.

A loss for Barty on Tuesday would have seen Karolina Pliskova replace the Australian at the top of the rankings next Monday.

The pair are locked in a battle for the summit this week in Wuhan, but Barty's opening victory here means Pliskova must at least reach the semi-finals for a shot at leapfrogging her rival.