World Number One Simona Halep Crashes Out Of Miami Open

Despite the defeat, Simona Halep is assured of retaining the number one spot when the rankings are updated at the end of the tournament. 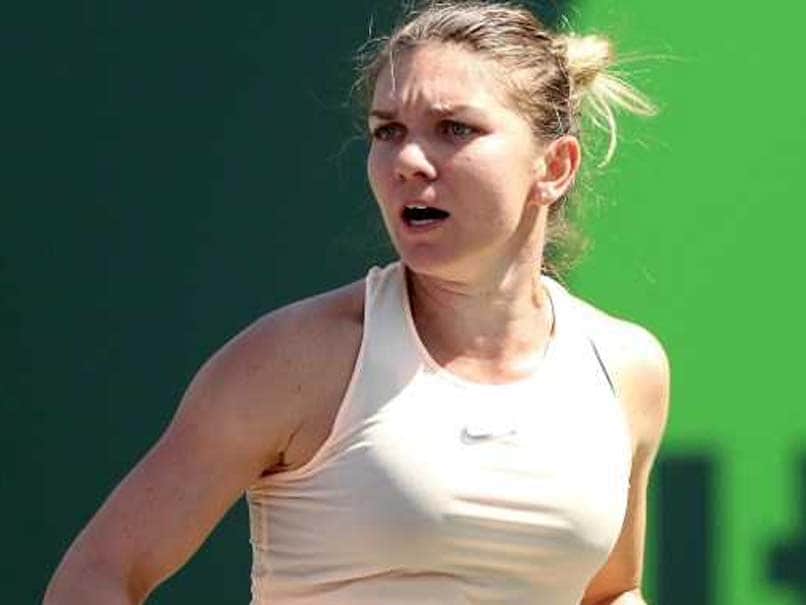 Simona Halep was knocked out of the Miami Open by Poland's Agnieszka Radwanska.© AFP

World number one Simona Halep tumbled out of the Miami Open on Saturday, falling 6-3, 2-6, 3-6 to Poland's Agnieszka Radwanska. The third-round defeat comes a week after Romania's Halep was toppled in the semi-finals at Indian Wells by Japan's Naomi Osaka, who went on to win the title in the California desert. With the first set in hand, the mercurial Halep was clearly frustrated when Radwanska dropped just four points in the opening four games of the second to seize a 4-0 lead. Halep reclaimed one break, but was broken again as Radwanska forced a third set, in which an early break put Halep up 2-0.

The Romanian couldn't maintain the advantage, however, and her 44 unforced errors were too much to overcome as Radwanska won six of the last seven games to seal the victory.

She next faces former world number one Victoria Azarenka, who rallied for a 3-6, 6-4, 6-1 victory over 20th-seeded Latvian Anastasija Sevastova.

Azarenka, of Belarus, is unseeded this year as she tries to get her career back on track after taking time off to have a baby.

Despite the defeat, Halep is assured of retaining the number one spot when the rankings are updated at the end of the tournament.

But her exit leaves the women's field in the elite hardcourt tournament without its top two seeds after second-seeded Australian Open champion Caroline Wozniacki lost to Monica Puig on Friday night.

Wozniacki was smarting Saturday, not from anything Puig offered on court but from what she said was threatening and vulgar behavior by fans at the match.

In a Twitter post, the Danish star called on Miami Open organizers to act after fans threatened her parents and swore at the niece and nephew of her fiance, David Lee.

"During the match last night people in the crowd threatened my family, wished death upon my mom and dad, called me names that I can't repeat here and told my fiance's niece and nephew (who are 10 years old) to sit down and shut the f--- up," she said in a Twitter post.

"Meanwhile security and staff did nothing to prevent this and even accepted this to take place," Wozniacki added.

"During the match, we had tournament and WTA staff, as well as tournament security courtside," Blake said in a statement. "They never witnessed, nor were they notified of any specific threats made to the players or their families. If they had been notified, the situation would have been handled immediately."

Pliskova will battle for a quarter-final berth against Zarina Diyas of Kazakhstan, who defeated German Carina Witthoeft 4-6, 7-5, 6-0.

Comments
Topics mentioned in this article
Simona Halep Agnieszka Radwanska Tennis
Get the latest updates on India vs England Series, India vs England , live score and IPL 2021 Auction . Like us on Facebook or follow us on Twitter for more sports updates. You can also download the NDTV Cricket app for Android or iOS.