Wimbledon: Petra Kvitova Storms into Second Round With Crushing Win

Petra Kvitova, the defending champion, dropped just one point on serve and stormed past Kiki Bertens into the second round. 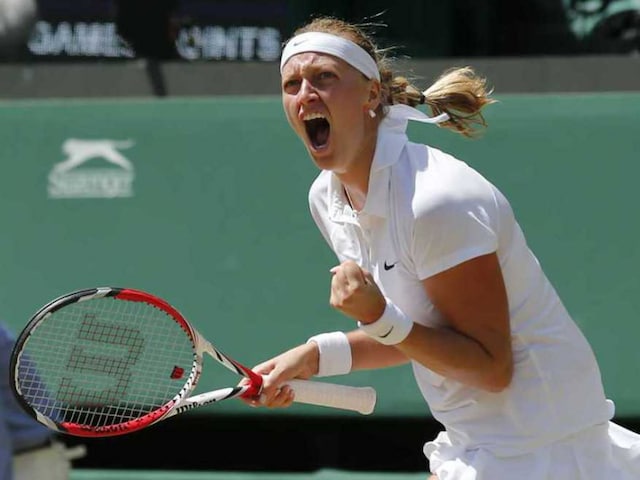 Defending champion and second seed Petra Kvitova took just 35 minutes to reach the Wimbledon second round on Tuesday with a 6-1, 6-0 win over Kiki Bertens of the Netherlands.

Kvitova, also the 2011 champion, dropped just one point on serve and next meets Kurumi Nara of Japan for a place in the last 32. (Wimbledon Set For Heat Breaks)

"It's great to be back on Centre Court and unbelievable to see all the people clapping," said Kvitova, who had been laid low by illness in the week before the tournament.

Kvitova's only dropped point on serve came on a double fault in the final game of the match.

Comments
Topics mentioned in this article
Petra Kvitova Kiki Bertens Tennis
Get the latest Cricket news, check out the India cricket schedule, Cricket live score . Like us on Facebook or follow us on Twitter for more sports updates. You can also download the NDTV Cricket app for Android or iOS.