If 13-time champion Rafael Nadal is the undisputed heavyweight champion of Roland Garros with a record of 103 wins against just two defeats, then Roger Federer rules at the All England Club. Federer has eight titles at Wimbledon and a career record of 101 wins against 13 losses. 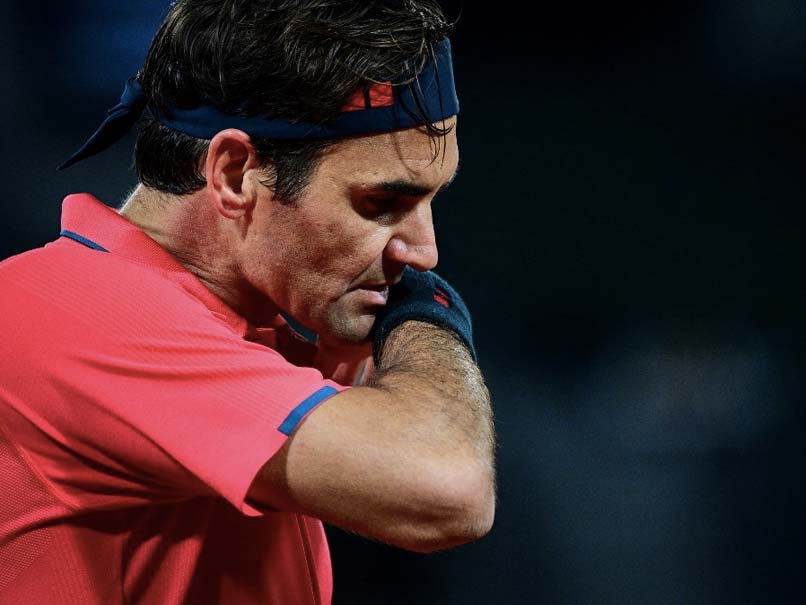 Roger Federer's withdrawal from the French Open paves the way for the Swiss legend to secure his Grand Slam legacy at Wimbledon where he hopes to win a ninth title and 21st major. With his 40th birthday just two months away, Federer was acutely aware that his chances of adding a second Roland Garros title to his sole triumph in 2009 were between slim and non-existent. He has lost four finals in Paris, all to Rafael Nadal. His last appearance in the championship match was back in 2011.

Nadal could even be the first man to 21 Grand Slams with another French Open victory next weekend.

If 13-time champion Nadal is the undisputed heavyweight champion of Roland Garros with a record of 103 wins against just two defeats, then Federer rules at the All England Club.

Federer has eight titles at Wimbledon and a career record of 101 wins against 13 losses.

It was almost nine titles in 2019 when he had two championship points in an epic final against Novak Djokovic, his other career nemesis.

It was always unlikely that Federer would go deep in the draw in Paris where he was playing for only the second time since 2015.

He was due to face world number one Djokovic in the quarter-finals.

Had he got through that, Nadal would likely have been waiting for him in the semi-finals.

So after a four-set marathon victory over Dominik Koepfer in a third round tie which ended shortly before 1 a.m. on Sunday, the writing was on the wall.

"I'd prefer to be in Rafa's or Novak's shoes right now. I'm feeling good. If I'm playing well, I'm winning. I don't have that feeling right now," he said in the first indication that he was not planning to reappear for his last 16 clash with Matteo Berrettini on Monday.

"I need to decide if I keep on playing or is it not too much risk at this moment to keep on pushing. Is this just a perfect way to just take a rest?

"Because I don't have the week in between here and Halle, like normal, to see what's best now if you count back from Wimbledon."

In Paris, Federer was playing just his third tournament since making the semi-finals of the 2020 Australian Open.

His physical condition plus the squeeze on the grass court season caused by the French Open being moved back a week, added to Federer's scheduling headache.

Wimbledon starts on June 28 but he is also scheduled to play the warm-up grass court tournament in Halle beginning on June 14 -- the day after the French Open ends.

When Federer returned to action this year in Doha in March, his position was clear.

Everything was geared towards Wimbledon by which time he planned to be "100% ready".

"I'll just see how much workload the body and the knee still take and what's the best way to prepare all the way for basically the beginning of the season for me, which is the grass court season," he admitted.

After considering his position overnight, Federer confirmed on Sunday afternoon that his 19th French Open and, in all likelihood, his last, was over.

"After discussions with my team, I've decided I will need to pull out of Roland Garros.

"After two knee surgeries and over a year of rehabilitation it's important that I listen to my body and make sure I don't push myself too quickly on my road to recovery."

If his Saturday night/Sunday morning finale was his 'adieu' to Paris, it was a sorry scenario.

Federer was slotted into the evening session but was watched by only his team and a handful of officials and media due to a Covid-19 curfew.

As a result, the 15,000-capacity Court Philippe Chatrier was devoid of fans and atmosphere.

"I was really picturing a lot of people on a Saturday night maybe checking in on the match and watching some tennis," said Federer.

"So in many ways, I was also playing for them and trying to let that inspire me."

Comments
Topics mentioned in this article
Roger Federer Rafael Nadal Tennis
Get the latest updates on ICC T20 Worldcup 2022 and CWG 2022 check out the Schedule, Live Score and Medals Tally. Like us on Facebook or follow us on Twitter for more sports updates. You can also download the NDTV Cricket app for Android or iOS.