The Indo-Canadian duo of Rohan Bopanna and Gabriela Dabrowski lost a two-hour quarter-final battle in the mixed doubles event. 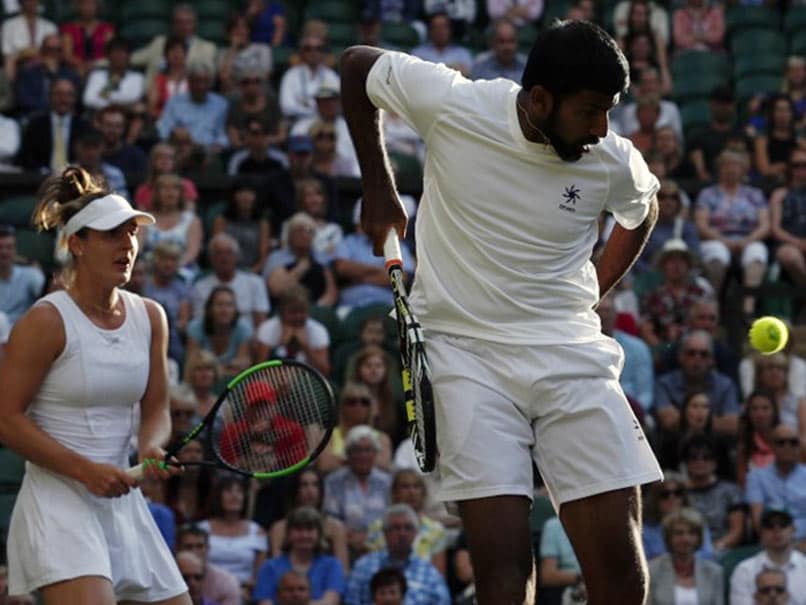 Rohan Bopanna and Gabriela Dabrowski fought extremely hard but failed to cross the quarter-final hurdle in the mixed doubles event at Wimbledon. On Thursday, the Indo-Canadian duo lost a two-hour battle to the Finnish-British pair of Henri Kontinen and Heather Watson 7-6(4) 4-6 5-7. With this loss, Indian challenge at Wimbledon came to an end this year as all the other participants had lost out in earlier rounds. Bopanna and Dabrowski are the reigning French Open mixed doubles champions and were hoping to add a second consecutive Major title to their resume.

Bopanna and Dabrowski began well on Centre Court. They won the first set 7-4 in the tie-breaker and looked in cruise control mode. But the unseeded pair fought back hard to level scores, winning the second set 6-4. It all came down to the decider and the combine of Bopanna-Dabrowski, seeded 10th, made unforced errors at crucial junctures to end up on the losing side after a two-hour battle as Kontinen and Watson reached the semi-finals of the event. Kontinen and Watson will meet the second-seeded pair of Bruno Soares and Elena Vesnina to fight for a final berth.

The Finnish-British pair had beaten Sania Mirza and Ivan Dodig in the previous round.

In the juniors, the Indo-Swiss pair of Zeel Desai and Lulu Sun lost to second seeds Taylor Johnson and Claire Liu of the US 5-7 0-6 in the second round of the girls' doubles.

Comments
Topics mentioned in this article
Rohan Bopanna Gabriela Dabrowski Tennis
Get the latest updates on ICC Women's Cricket World Cup 2022 and IPL 2022, check out the Schedule , Live Score and IPL Points Table. Like us on Facebook or follow us on Twitter for more sports updates. You can also download the NDTV Cricket app for Android or iOS.