Wimbledon 2015: Ten Talking Points - What We Learned And What To Expect

Heather Watson has shown she can mix it with the best, while Rafael Nadal continues his slump on grass and can Jelena Jankovic finally win a Grand Slam?

Five things we learned in week one: 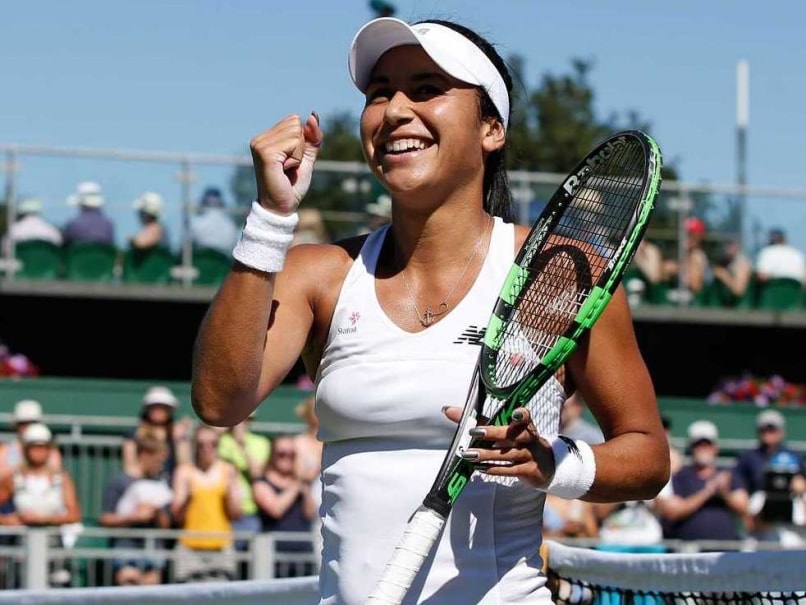 Heather Watson: Star for the future

Narrow defeat can sometimes be as significant a moment in a young player's development as a big victory. When Andy Murray lost in five sets to Novak Djokovic in the Australian Open in 2012, it was indisputable evidence that he was ready to win his first major and although Heather Watson is hurting now, the British No1 must remember how far she pushed Serena Williams in three pulsating sets on Centre Court. Watson has never played better. (Best of Wimbledon From the First Week)

Victoria Azarenka is finding her form

There were signs that Victoria Azarenka was getting back to her best when she won the first set against Williams in the third round of the French Open , eventually losing 3-6, 6-4, 6-2, and the former world No1 has been in impressive form at Wimbledon. Azarenka has slipped down the rankings because of injuries but do not underestimate her: the 25-year-old Belarusian has won the Australian Open twice and did not lose a set on her way to a fourth-round match against the promising Belinda Bencic. (Play Should Stop When Hawkeye Can't See: Federer)

Shockwaves spread around SW19 when Dustin Brown beat Rafael Nadal on Thursday. Yet it felt like people were really having to strain to raise their eyebrows, even though Brown is ranked outside the top 100 and Nadal is the owner of 14 grand slams, because the truth is that the Spanish great is a diminished force on grass. His awesome forehand broke down against Brown, his movement is uncertain and this was the fourth consecutive year in which Nadal has lost to the kind of player who he would have demolished five years ago. (Serena Favourite To Beat Venus)

But don't beat him

What happened next in Brown's story was predictable, the high of chopping down Nadal followed by the low of falling to the wily Serbian Victor Troicki in the third round . It was not a surprise: every unfancied player who has beaten Nadal in the past four years at Wimbledon has crashed in the next round, so Brown was merely following in the footsteps of Lukas Rosol, Steve Darcis and Nick Kyrgios. Whereas Darcis pulled out with a shoulder injury two years ago, the other three found it impossible to keep the adrenalin pumping.

When Grigor Dimitrov went toe-to-toe with Djokovic in their semi-final last year, losing in four tight sets to the world No1 , it was assumed that the 24-year-old Bulgarian would gain entry to the Big Four's exclusive little club. Think again. Dimitrov's results since then have been disappointing and he was well beaten in straight sets by Richard Gasquet on Friday . Are comparisons with Roger Federer erroneous? Dimitrov's critics say that he does not have Federer's competitive spirit, variety or graceful footwork. Improvement is needed.

And five to look forward to in week two Stan Wawrinka is yet to drop a set

Stan Wawrinka flew under the radar in the first week, his progress uncomplicated and lacking in anything resembling dramatic tension. Although the French Open champion is yet to drop a set on a surface which has not been kind to him in the past, he has not been entirely convincing. Wawrinka can be vulnerable on the slick Wimbledon grass, which plays quicker than hard courts and clay. But as the world No4 finds his feet, Djokovic will be hoping that someone takes out the man who broke his heart in Paris before their likely meeting in the last four.

Caroline Wozniacki has a tough one against the talented young Spaniard, Garbine Muguruza, on Monday. Muguruza's belief will be strong after her impressive win over Angelique Kerber. Yet this is an opportunity for Wozniacki, a former world No1 but the winner of zero grand slams. The defending champion, Petra Kvitova, is no longer waiting for her in the last four and if Wozniacki beats Muguruza, she will play either the 15th seed, Timea Bacsinszky, or the unseeded Romanian, Monica Niculescu, in the last eight.

Richard Gasquet had nine match points against Nick Kyrgios last year - and he lost. He was two sets up - and he lost. He will be looking for vengeance on Monday. Gasquet was excellent in his victory over Dimitrov, his one-handed backhand a sight to behold. But can the Frenchman do it again? He has never lived up to his early promise and the likelihood is that he will find the power of Kyrgios too much to handle. Kyrgios will be brimming with confidence after fighting back from a set down to beat Milos Raonic.

After winning her first WTA title at Eastbourne, Belinda Bencic arrived at Wimbledon with a spring in her step. The 18-year-old from Switzerland has Martina Hingis in her corner and her match against Azarenka will be fascinating; the winner faces Serena Williams in the last eight - assuming she beats her sister, Venus. Meanwhile the young American, Madison Keys, has banged down the most aces in the tournament so far. Having hit 42 in her first three matches, Keys is way ahead of the chasing pack.

Jelena Jankovic rolling back the years

Like Wozniacki, Jelena Jankovic is a former world No1 who has never won a grand slam and it is widely accepted that the 30-year-old Serbian's best days are behind her. And then, on her least favourite surface, she came back from a set and a break down to beat Kvitova , the two-time champion. What next? Can Jankovic continue her unlikely run? It will not be easy: her opponent in the fourth round, the clever Agnieszka Radwanska, reached the final in 2012 and is comfortable on grass.

Comments
Topics mentioned in this article
Heather Watson Stanislas Wawrinka Rafael Nadal Dustin Brown Jelena Jankovic Tennis
Get the latest updates on ICC T20 Worldcup 2022 and CWG 2022 check out the Schedule, Live Score and Medals Tally. Like us on Facebook or follow us on Twitter for more sports updates. You can also download the NDTV Cricket app for Android or iOS.