Victoria Azarenka Withdraws From US Open Amid Custody Fight

Victoria Azarenka reached the US Open final in 2012 and 2013 where she was beaten by Serena Williams on both occasions. 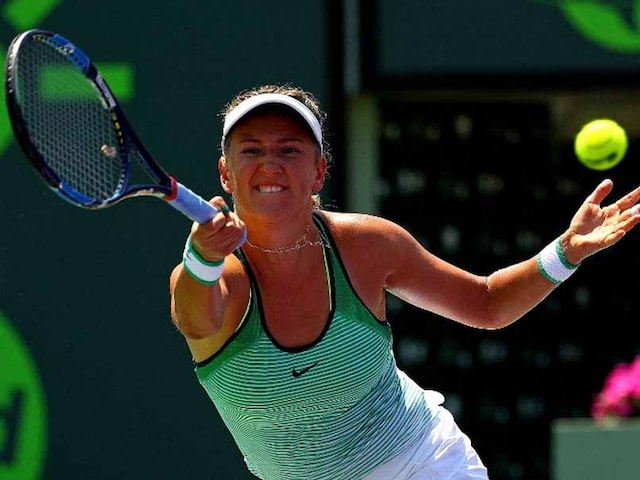 Victoria Azarenka said last week she would skip US Open rather than be separated from her baby.© AFP

Two-time US Open runner-up Victoria Azarenka confirmed her withdrawal from the tournament on Monday amid a custody battle concerning her eight-month-old son. Azarenka, who signalled last week she may miss the tournament rather than travel to New York without her son Leo, confirmed her withdrawal in a statement. "I am sadly unable to compete in this year's US Open due to my ongoing family situation that I am working through," the Belarus star said.

"While I will dearly miss being in New York and playing in one of my favorite tournaments where I have enjoyed some of the best moments in my career, I am already looking forward to being back next year."

The Belarusian reached the final in 2012 and 2013 where she was beaten by Serena Williams on both occasions.

The 28-year-old said last week she would skip Flushing Meadows rather than be separated from her baby.

It came after a Los Angeles judge presiding in her custody case with the boy's father, Billy McKeague, said the child could not leave California until the matter had been resolved.

Azarenka, ranked 204 after a layoff while pregnant and after her son's birth, played last month at Wimbledon, reaching the round of 16 before losing to second-ranked Simona Halep.

"Shortly after Wimbledon, Leo's father and I separated and as we work to resolve some of the legal processes, the way things stand now is that the only way I can play in the US Open this year is if I leave Leo behind in California, which I'm not willing to do," Azarenka said last week.

"I look forward to hopefully having positive developments soon so that this difficult situation can be resolved and I can get back to competing.

"No parent should have to decide between their child or their career."