Jelena Jankovic came from a set down to beat Belinda Bencic 4-6, 7-5, 6-4 in the Dubai Open first round. 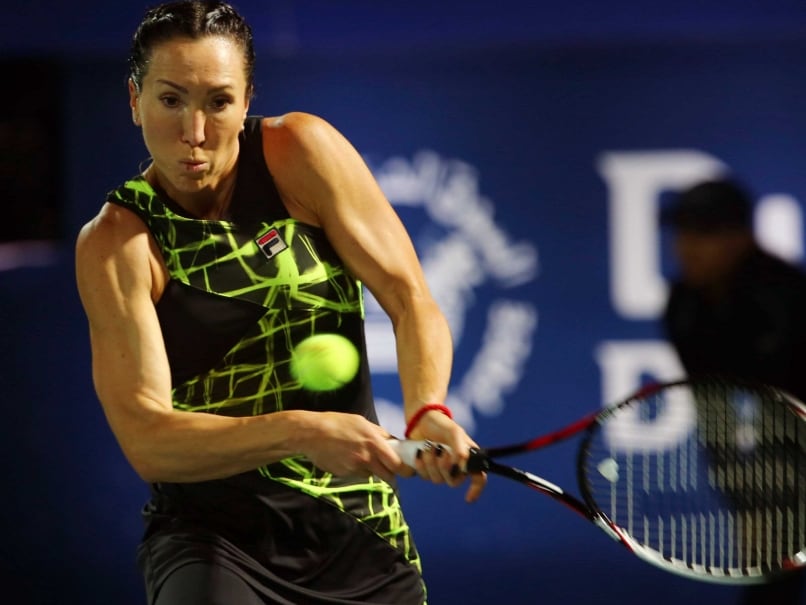 Jelena Jankovic will face German Andrea Petkovic in the second round of the Dubai Open.© AFP
Dubai:

Belinda Bencic suffered a losing start a day after reaching the WTA top 10 for the first time as the teenager fell 4-6, 7-5, 6-4 to veteran Jelena Jankovic at the Dubai Tennis Championships on Tuesday. (Click here for latest Tennis stories)

Swiss Bencic, 18, was playing for the first time as a member of the elite after achieving the number nine ranking with last weekend's St Petersburg final.

But former number one Jankovic proved to be a tough customer, who levelled at a set each following an undisclosed change of tactics and left Bencic momentarily sobbing on her chair.

Jankovic will face German Andrea Petkovic in the second round. The Serb, who was runner-up 11 years ago in her Dubai debut, has also played four semi-finals.

The veteran used years of experience to start turning the tables in the second set, with Bencic failing to profit from a lead of a set and a break.

With the Swiss serving to stay in the set while trailing 5-6, Jankovic failed on five set points before finally squaring the contest at a set each as Bencic drove a backhand wide.

The final set produced more frustration for Bencic, forced to save multiple break points in two service games and finally going down to defeat as she was broken in the last game after more than two and a half hours.

"I fought on every point, she was playing well," said Jankovic, who turns 31 at the end of the month.

"I changed strategy after the first set, it was that and my fighting spirit which got me through at the end. I'm so glad I was able to win."

The first-round rout required just 53 minutes as she showed no mercy to her Russian-born opponent, who thrilled her new home audience in Melbourne by reaching the Australian Open fourth round.

Ivanovic reached the final four in St Petersburg at the weekend, losing to US Open finalist Roberta Vinci.

"Last week I played some great tennis. Obviously it's a little bit tough, different conditions here completely," Ivanovic said. "I had only one practice here. But still I'm very happy.

"I know I've done the work, and now it's just about executing and also enjoying the competition."

Ivanovic, a three-time Dubai quarter-finalist, broke six times as Gavrilova committed 22 unforced errors. The challenger was playing the event for the first time after losing in qualifying three years ago.

Ukrainian Elina Svitolina won a battle with Slovak Jana Cepelova, posting a 6-3, 6-1 result to next take on second seed and 2015 semi-finalist Garbine Muguruza of Spain.

Svitolina, now taking advice from former number one Justine Henin in an arrangement put into place recently, won a massive 17-minute game to earn a 4-1 lead in the second set on the way to her sweep.

The 21-year-old said having another voice in her tennis can only be a huge help.

"It's great to have Justine in my team, I worked with her in offseason for a little bit, and now she's gonna join us for some tournaments.

Comments
Topics mentioned in this article
Jelena Jankovic Belinda Bencic Tennis
Get the latest updates on IPL 2021, check out the IPL 2021 Schedule and Indian Premier League Live Score . Like us on Facebook or follow us on Twitter for more sports updates. You can also download the NDTV Cricket app for Android or iOS.