Not Fade Away: Venus Williams Still Dreaming At 40

Venus Williams celebrates her 40th birthday on Wednesday with the tennis season on pause amid the coronavirus crisis which has decimated the calendar. 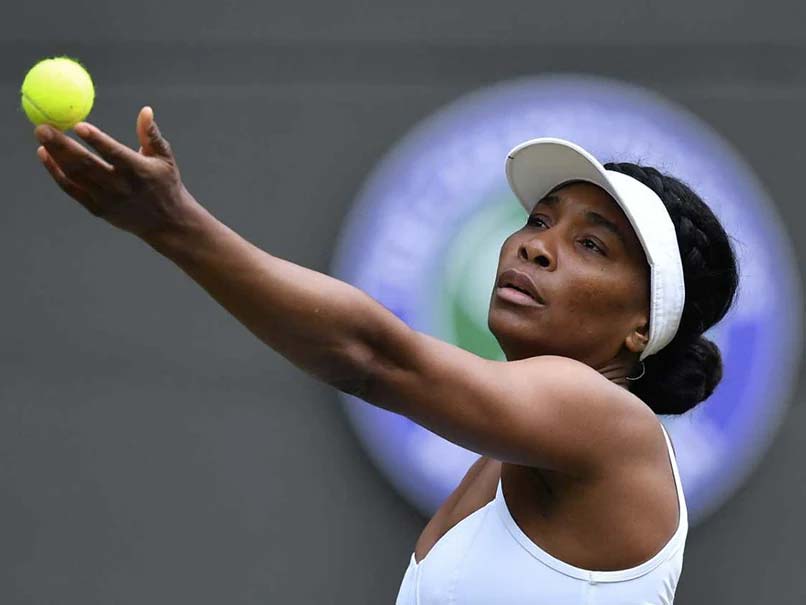 When Venus Williams first stepped onto a tennis court in Oakland for her professional debut in 1994, the Rolling Stones were playing a concert next door at a neighbouring stadium. Twenty-six years later, Williams, like Mick Jagger and Keith Richards, is in no mood to simply fade away. The trailblazing American star celebrates her 40th birthday on Wednesday with the tennis season on pause amid the coronavirus crisis which has decimated the calendar. The former world number one, however, says there is no prospect of her quietly drawing a line under a career that has yielded seven Grand Slam singles titles, four Olympic gold medals and dozens of tournament wins.

So, despite the march of time and a recent record of futility -- her last singles title came in a WTA Tour event in Taiwan in 2016 - Williams won't be hanging up her racquet just yet.

"You always have to have dreams, so I keep having them," Williams told the Tennis Majors website in an interview earlier this month, revealing that she still wants to challenge for the French and Australian Opens, the two Grand Slams that have eluded her.

"I would like to win Roland Garros. I was not far from it. The same goes for the Australian Open: I was unlucky, I always missed it a little," Williams said.

Dreams of completing a career "Golden Slam" are likely to remain elusive though.

While sister Serena has kept pocketing Grand Slams regularly, it is 12 years since Venus won her last Slam, when she triumphed at the 2008 Wimbledon Championships.

And Venus though knows that the clock is ticking.

"I probably won't be playing as long as what I have already played," she says.

"We'll see how I feel. I still love winning as much, but when it's over, it's over."

Williams has never been big on admitting defeat however, a hallmark of her early days under the tutelage of father Richard Williams, who drummed into his daughters the maxim that "the ball is never out" -- an exhortation to chase down every ball.

When Williams does finally call it quits, tennis will bid farewell to one of the greatest players in its history.

And even though advances in sports science are increasingly stretching the boundaries of longevity for modern athletes, few players today are likely to match her achievement of a professional career that has spanned four different decades.

By now the broad brushstrokes of Williams career are part of tennis lore: the upbringing in the gritty Los Angeles suburb of Compton, the rivalry with younger sister Serena, who has 23 Grand Slam titles to Venus's seven, the successful comeback after being diagnosed with Sjogren's syndrome, an auto-immune disease whose symptoms include joint pain and fatigue.

The final years of Williams career have coincided with the emergence of a young crop of African-American tennis players, including Sloane Stephens, Madison Keys, Taylor Townsend and Coco Gauff.

Former US professional turned broadcaster Pam Shriver believes Williams has helped African-American women "to feel there's a pathway for them to the top of the tennis world."

In recent weeks, Williams has spoken out about the tumultuous protests which erupted in the wake of the killing of unarmed black man George Floyd by police in Minneapolis on May 25.

Williams wrote in a long Instagram post that Floyd's death and other incidents had shown that "racism that still pervades America."

"This just scratches the surface of the hideous face of racism in America," she said.

"Speaking up about racism in the past was unpopular. It was shunned. No one believed you.

"Until you have walked in these shoes, as an African American, it is impossible to understand the challenges you face in the country, in this world."

Comments
Topics mentioned in this article
Venus Williams Tennis
Get the latest updates on ICC Women's Cricket World Cup 2022 and IPL 2022, check out the Schedule , Live Score and IPL Points Table. Like us on Facebook or follow us on Twitter for more sports updates. You can also download the NDTV Cricket app for Android or iOS.