US Open: Top Seed Ashleigh Barty Advances To Third Round

Australia's top-ranked Ashleigh Barty rolled into the third round of the US Open on Thursday while New York struggled to recover from a deadly storm. 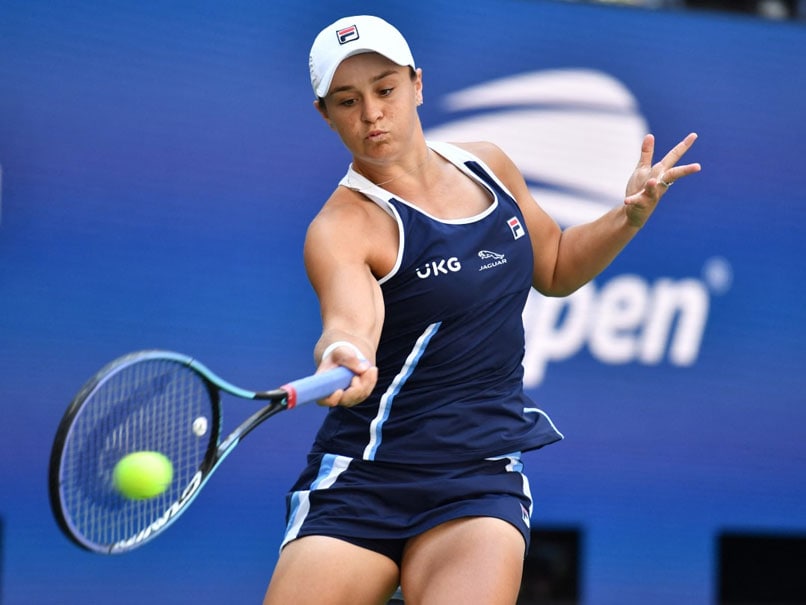 Australia's top-ranked Ashleigh Barty rolled into the third round of the US Open on Thursday while New York struggled to recover from a deadly storm and flash flooding. Remnants of Hurricane Ida killed at least eight people and triggered a rare state of emergency for the city, flooding subways and turning roads into rivers. With abandoned cars scattered across streets near the National Tennis Center and many highways shut down, only a smattering of spectators watched in a cavernous Arthur Ashe Stadium as Barty dispatched Danish 18-year-old Clara Tauson 6-1, 7-5.

Barty send a backhand long to surrender a break in the 10th game of the second set while serving for the match but held her nerve, broke back and held again to win in 90 minutes.

"I've always been quite a calm person," Barty said. "That's certainly part of my game."

Barty, who next plays American Shelby Rogers or Romania's Sorana Cirstea, seeks her third career Grand Slam title, her second in a row after Wimbledon, and her sixth trophy of the year as well as her first US Open quarter-finals appearance.

"That was a little bit tricky but after yesterday's bad weather I'm not complaining," Bencic said. "Thanks to everyone for coming. I know it was not easy."

Sloane Stephens, the 2017 US Open winner, tweeted a warning on Wednesday night as she departed, saying, "This weather is scary. Please be careful."

Later she shared a photo of a huge pizza, tweeting, "We've been stuck in flooding and stand-still traffic for more then 2 hours so we decided to stop and make the most of it."

Massive traffic jams in the region, emergency conditions and calls by authorities for people to stay at home appeared set to limit attendance on the fourth day of the year's final Grand Slam.

Comments
Topics mentioned in this article
Tennis Ashleigh Barty
Get the latest updates on ICC Women's Cricket World Cup 2022 and IPL 2022, check out the Schedule , Live Score and IPL Points Table. Like us on Facebook or follow us on Twitter for more sports updates. You can also download the NDTV Cricket app for Android or iOS.