Naomi Osaka suffered a shock exit in the US Open women's singles third round and said she does not know when she will play again. 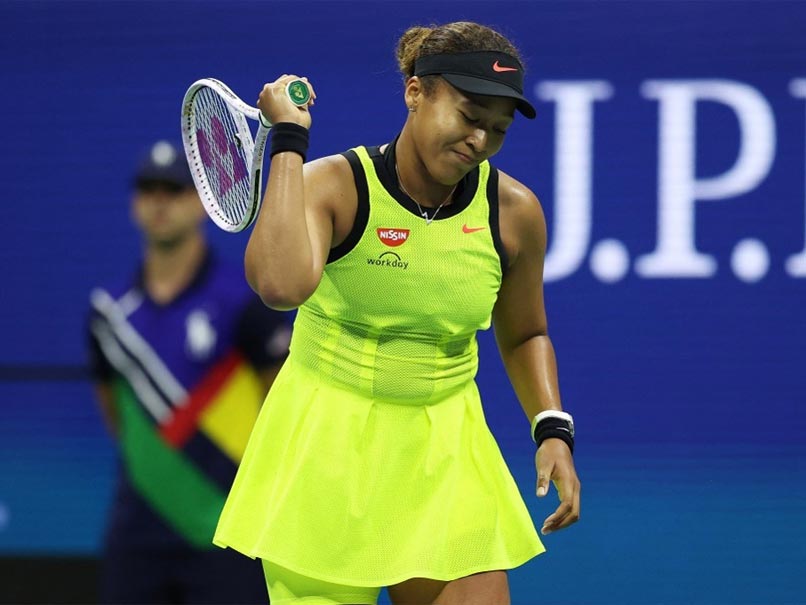 Naomi Osaka was beaten by Canadian teenager Leylah Annie Fernandes in the US Open.© AFP

Four-time Grand Slam champion Naomi Osaka, wiping away tears after a stunning US Open upset loss on Friday, said she will take an indefinite break from playing tennis. "I honestly don't know when I'm going to play my next tennis match," Osaka said, choking up and wiping away tears. "I think I'm going to take a break from playing for a while." With that, the defending US Open champion put on her Covid-19 facemask, rose and ended the news conference after losing to Canadian teen left-hander Leylah Fernandez 5-7, 7-6 (7/2), 6-4.

The world number three from Japan, who withdrew from the French Open and skipped Wimbledon over mental health issues that she said were exacerbated by speaking after matches, declined a chance to end the session before saying she planned to take a break.

"How do I go around saying this?" Osaka asked aloud. "I feel like for me recently, like, when I win I don't feel happy. I feel more like a relief.

"And then when I lose, I feel very sad. I don't think that's normal. I didn't really want to cry, but basically I feel like..."

After saying she wanted to continue, Osaka, said: "This is very hard to articulate. Basically I feel like I'm kind of at this point where I'm trying to figure out what I want to do."

Then she announced her tennis break.

Osaka said she thought she served well against Fernandez, but overall she added: "I didn't play that well. Like I didn't move that well at all. It's kind of to be expected sometimes."

Asked about trouble against left-handers, Osaka said, "I can't even tell you how it feels to return it because I don't think I could have returned a ball against a righty today either. I'm pretty sure my return stats were really horrendous.

"It wasn't like she was serving bombs, so I'm not really sure what to say."

Osaka had not played a match since Monday's opener after getting a walkover in the second round.

"I think I would have preferred to play a match. I've never had a walkover in a Grand Slam, so that was definitely a really weird feeling," Osaka said.

"I'm honestly not sure if I feel like I've taken a step today or this tournament. I feel like I'm not really sure what I can say about how I played just now."

Osaka's break from tennis, with a potential title defense coming early next year at the Australian Open, came on a night where she slammed her racquet to the court several times after missing a chance to serve out for the match in the second set.

"I'm really sorry about that," she said. "I'm not really sure why. I was telling myself to be calm, but I feel like maybe there was a boiling point.

"Normally I feel like I like challenges. But recently I feel very anxious when things don't go my way, and I feel like you can feel that."

She compared it to a child's temper tantrum.

"I'm not really sure why it happens the way it happens now," Osaka said. "But, yeah, it's basically why. You could kind of see that.

Asked if the trouble might have come from Fernandez's serve or the tension of the moment, Osaka indicated it was other issues she was dealing with that caused the meltdown.