US Open: Mixed Outing For Indians On Day 5 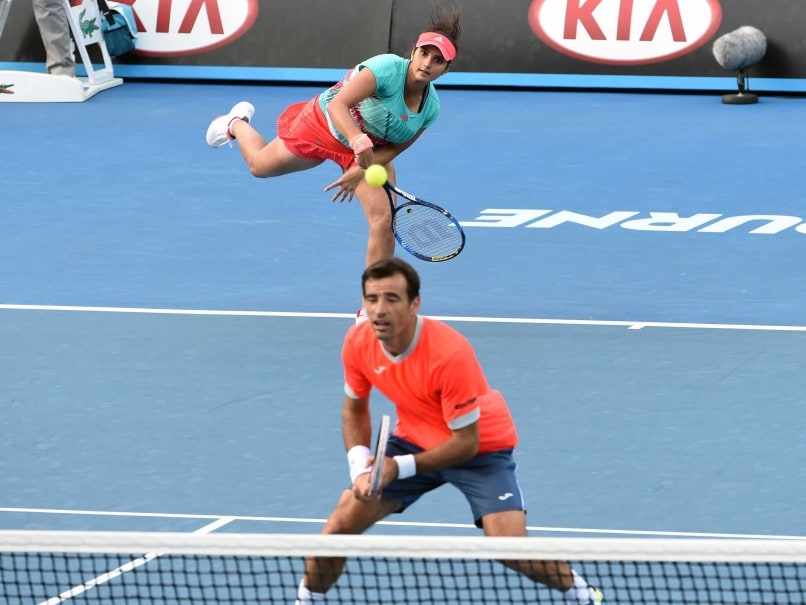 Top seeds Sania Mirza/Ivan Dodig thrashed American pairing Taylor Townsend/Donald Young 6-4, 6-4 to move into the US Open mixed doubles second round. It was a clinical performance from the Indo-Croatian team as they created 11 break points chances, converting three of them.

In contrast, their opponents could create just one break point opportunity.

Sania and Dodig hit 27 winners to their opponents' 14 while the top seeds made 15 unforced errors to 22 of the American team.

But the highlight of the match was the win percentage on the first serve. Besides serving five aces, Sania-Dodig won 74 percent of the points on first serve while Townsend and Young won just 59 percent.

Bopanna and his Canadian partner were in top form, smashing 38 winners to their opponents' 16. They created 13 break point opportunities, converting four of them.

However, in the earlier matches in the day Indians didn't fare so well.

Leander Paes and Andre Begemann failed to progress past the opening round of men's doubles after losing to the Stephane Robert-Dudi Sela duo 6-2, 5-7, 4-6.

Paes and Begemann had begun well and didn't take much time to close out the first set 6-2. The second set was a much closer affair, with the Indo-German pair dropping the set 5-7.

It was going well for Paes and Begemann in the deciding set, after they raced into a 4-2 lead. However, the Robert-Sela came back strongly and won four consecutive games to clinch the tie.

In another men's doubles match, the Rohan Bopanna-Frederik Nielsen crashed out after losing to Brian Baker and Marcus Daniell in Round 2.

The second set went to the wire, but Baker-Daniell eventually prevailed in a tie-breaker to move into the next round.

Comments
Topics mentioned in this article
Leander Paes Sania Mirza Rohan Bopanna Ivan Dodig Gabriela Dabrowski Andre Begemann Tennis
Get the latest updates on ICC T20 Worldcup 2022 and CWG 2022 check out the Schedule, Live Score and Medals Tally. Like us on Facebook or follow us on Twitter for more sports updates. You can also download the NDTV Cricket app for Android or iOS.