Martina Hingis and Chan Yung-Jan, who shared a USD 675,000 top prize, made only two unforced errors in the match while the Czech duo made 18. 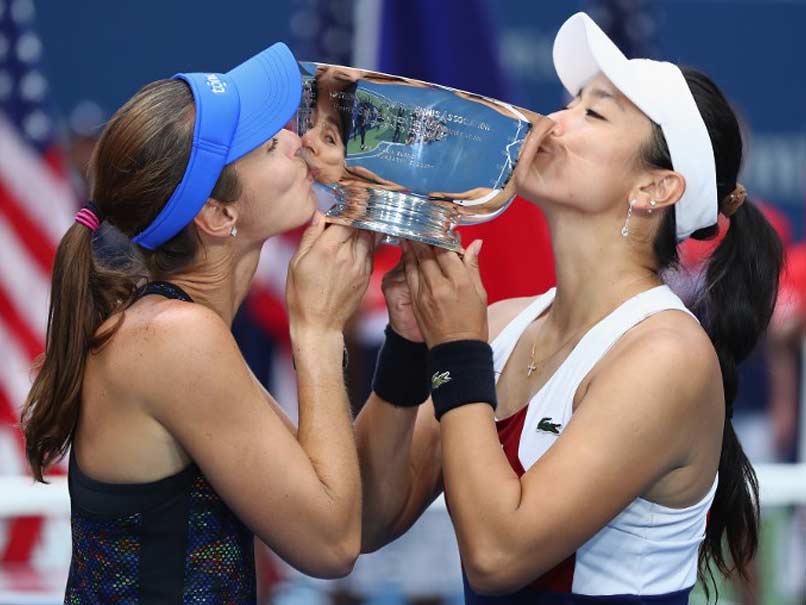 Martina Hingis and Chan Yung-Jan kiss the championship trophy after winning the US Open title.© AFP

The champions, who shared a USD 675,000 top prize, made only two unforced errors in the match while the Czech duo made 18.

For Hingis, it was a 25th career Grand Slam title overall and her third of the year.

"It was an amazing feeling to play here in the singles final," Hingis said of her 1997 Arthur Ashe Stadium finals debut.

"Coming back 20 years later, it has been a wonderful journey."

Comments
Topics mentioned in this article
Martina Hingis Tennis
Get the latest updates on IPL 2021, IPL Points Table , IPL Schedule 2021 , live score . Like us on Facebook or follow us on Twitter for more sports updates. You can also download the NDTV Cricket app for Android or iOS.