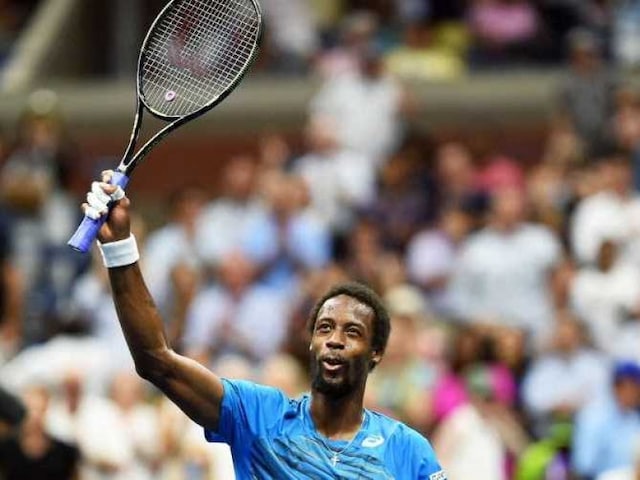 The 30-year-old 10th seed from France was in control throughout against his 22-year-old compatriot, who shocked 14-time major winner Rafael Nadal in an epic fifth-set tiebreaker to reach the quarter-finals.

Monfils, who played in the semis of the 2008 French Open, will face either world number one and defending champion Novak Djokovic or fellow Frenchman Jo-Wilfried Tsonga for a place in Sunday's championship match.

Angelique Kerber, meanwhile, reached her second US Open semi-final on Tuesday with a 7-5, 6-0 victory over 2015 runner-up Roberta Vinci which also edged her closer to the world number one spot.

The German second seed showed remarkable powers of resilience to retrieve three breaks of serve against the Italian 33-year-old in the first set.

She will face either two-time runner-up Caroline Wozniacki or shock quarter-finalist Anastasija Sevastova of Latvia for a place in Saturday's championship match.

In a powerful demonstration of her title credentials, 28-year-old Australian Open champion Kerber wrapped up the second set by allowing Vinci just five points on her serve.

"It's always tough to play Roberta, she always comes out to play great tennis," said Kerber, who last made the semi-finals in New York in 2011.

"I am happy to win in two sets which means a lot to me," she added.

Comments
Topics mentioned in this article
Tennis Gael Monfils Lucas Pouille Angelique Kerber Roberta Vinci
Get the latest Cricket news, check out the India cricket schedule, Cricket live score . Like us on Facebook or follow us on Twitter for more sports updates. You can also download the NDTV Cricket app for Android or iOS.