US Open: Caroline Wozniacki, Roberta Vinci Storm Into Fourth Round

Caroline Wozniacki, who knocked out ninth-seeded former champion Svetlana Kuznetsova in the second round, defeated Monica Niculescu of Romania 6-3, 6-1. On the other hand, Roberta Vinci overcame a second set blip to defeat Carina Witthoeft 6-0, 5-7, 6-3 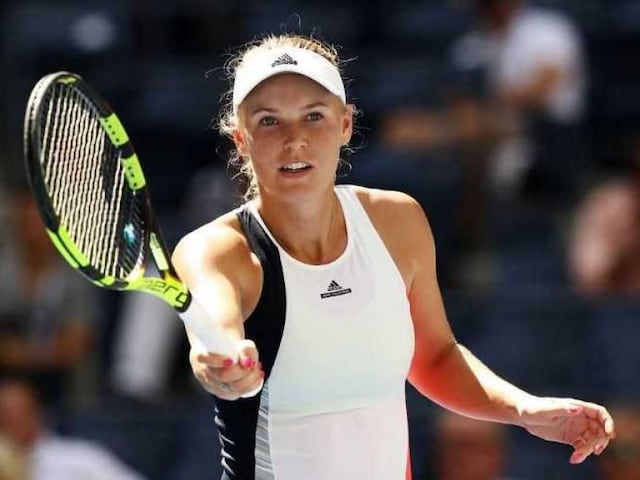 Wozniacki, who knocked out ninth-seeded former champion Svetlana Kuznetsova in the second round, clinched a seventh win in seven meetings over unorthodox Monica Niculescu of Romania.

The Dane's 6-3, 6-1 victory on Arthur Ashe Stadium, which featured eight breaks of serve, was another noise-affected affair.

But instead of a din caused by chattering fans or rain on the roof, this time it concerned Wozniacki complaining that her opponent was making too much noise every time she employed her bizarre forehand slice.

"It's fun but also frustrating," said 2009 and 2014 runner-up Wozniacki of her opponent's unusual style.

"She makes you feel as if you can't play tennis. You have to grind it out; it's not pretty but you get a good workout as you have to run a lot."

Wozniacki, whose ranking has slipped to 74 after a long absence to fight an ankle injury, goes on to face either US eighth seed Madison Keys or Naomi Osaka of Japan for a quarter-final slot.

The 33-year-old Vinci led 5-4, 30-0 in the second set before her 84th-ranked German opponent dug deep to take the tie into a decider.

But Vinci prevailed on the back of 40 winners and will meet either Slovakia's Dominika Cibulkova or Lesia Tsurenko of the Ukraine for a quarter-finl place.

"I got nervous when I served for the match, it was very dangerous," said the Italian who stunned Serena Williams in the semi-finals 12 months ago.

"But I just told myself 'let's start again, don't think about the second set.'"

Latvia's Anastasija Sevastova backed up her shock win over third seed and French Open champion Garbine Muguruza by making the last 16 for the first time with a 6-4, 6-1 win over Kateryna Bonaderenko of the Ukraine.

World number 48 Sevastova, who briefly retired from the sport in 2013, has matched her best run at a Slam -- a fourth round spot at the Australian Open in 2011.

Comments
Topics mentioned in this article
Caroline Wozniacki Roberta Vinci Svetlana Kuznetsova Carina Witthoeft Tennis
Get the latest Cricket news, check out the India cricket schedule, Cricket live score . Like us on Facebook or follow us on Twitter for more sports updates. You can also download the NDTV Cricket app for Android or iOS.