Rohan Bopanna-Aisam Qureshi Suffer First Round Defeat in US Open 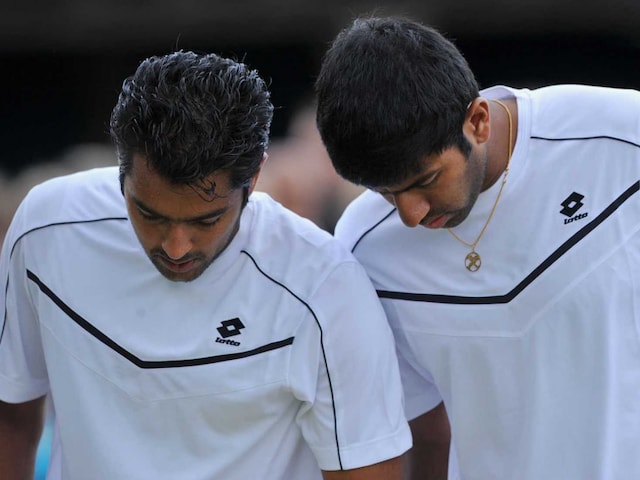 India's Rohan Bopanna and his Pakistani partner Aisam Qureshi suffered a first round defeat in the men's doubles of the US Open tennis here at the Flushing Meadows. (Also Read: Federer Hits Season 50)

It was a tough battle for Bopanna and Qureshi that lasted 152 minutes. The Indo-Pakistan pair managed 11 aces in the first set but also committed nine double faults and lost it. (Read: Borna Coric Knocks Out Lukas Rosol)

They clawed back well into the match by winning the second set 6-4 in 39 minutes. But the Italian pair performed clinically in the third set and moved into the second round where they would be facing the winner of the match between Kazakh Mikhail Kukushkin and New Zealand's Michael Venus and Feliciano Lopez of Spain and Argentina's Juan Monaco.

The other Indian in fray, Leander Paes and his Czech partner Radek Stepanek, who are seeded sixth, will face off the Italian pair of Simone Bolelli and Fabio Fognini. (Read: Kei Nishikori Advances)

Comments
Topics mentioned in this article
Rohan Bopanna Aisam-Ul-Haq Qureshi Daniele Bracciali Andreas Seppi Tennis
Get the latest Cricket news, check out the India cricket schedule, Cricket live score . Like us on Facebook or follow us on Twitter for more sports updates. You can also download the NDTV Cricket app for Android or iOS.