US Open: Another Win, Another Record Puts Serena Williams in Last Eight

World No.1 Serena Williams eased past 52nd-ranked Yaroslava Shvedova 6-2, 6-3 in her US Open fourth round tie to record her 308th Grand Slam match win 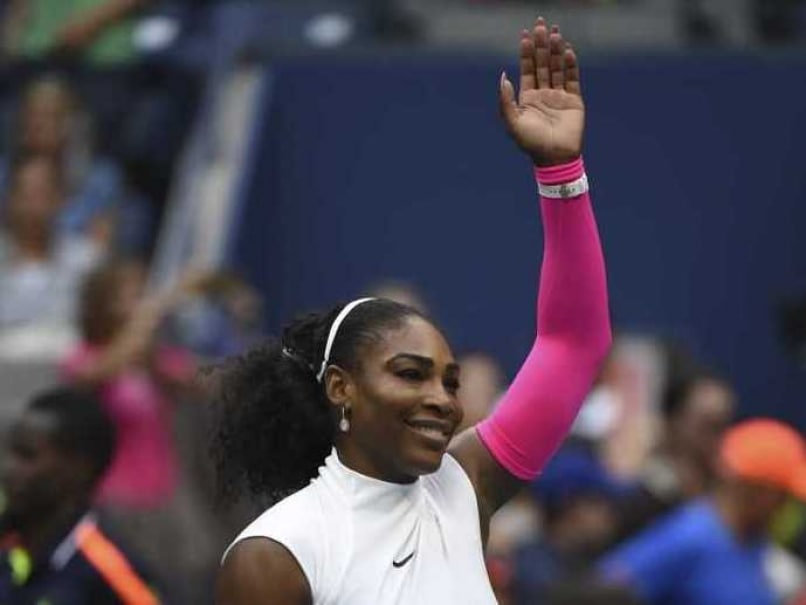 Serena Williams broke through another barrier on Monday, her 308th Grand Slam match win taking her past Roger Federer for the most in major tournaments and into the quarter-finals of the US Open.

"Wow, it's really exciting," Williams said of moving out of a tie with Swiss great Federer for most Grand Slam match wins.

"This is where it all started so it's always so magical out here for me -- 308 sounds pretty good."

Williams was never seriously challenged in a 6-2, 6-3 victory over 52nd-ranked Yaroslava Shvedova as she extended her career record over the Kazakh to 5-0.

In fact, despite the injury fears sparked by the sore shoulder that hampered her at the Rio Olympics she has barely been challenged since arriving at Flushing Meadows, where she claimed the first of her six US Open titles in 1999.

She has reached the business end of the tournament without dropping a set or indeed even dropping her serve. She has faced just one break point in four matches.

Halep, beaten in seven of eight prior encounters with Williams, was already bracing for the challenge.

"She's like the best player in the world. I don't have to be afraid or to have emotions because I have nothing to lose," Halep said. "It's just a huge challenge for me."

Halep will go into the contest against Serena buoyed by a victory over Suarez Navarro, with whom she'd split 10 prior meetings 5-5.

Serving for the match at 5-4 Halep was broken, but she broke back immediately and made no mistake with her second chance.

The tantalizing prospect of a semi-final clash between Williams and her sister Venus evaporated as the elder Williams fell to hard-hitting Czech Karolina Pliskova 4-6, 6-4, 7-6 (7/3).

Venus was unable to convert her lone match point as Pliskova, serving at 5-4 in the third, saved herself with a forehand volley then held to extend the match.

With another break under her belt Pliskova had a chance to close it out at 6-5, but after surging to a 40-0 lead she lost five straight points as Venus forced the decider.

"In the breaker, I went for a little bit more, but I didn't put the ball in enough," said the 36-year-old American, whose seven Grand Slam titles include two US Opens.

"I went for some aggressive shots, didn't necessarily put them in."

For Pliskova it was a breakthrough win, putting her into a first Grand Slam quarter-final. Despite her entrenched position in the top 20 she had never made it past the third round of a major in 17 prior tries.

Happy to have the discussion of her under-performance on the game's major stages behind her, she remained wary of a possible quarter-final meeting with fourth-seeded Agnieszka Radwanska.

Radwanska closed out fourth-round action against Ana Konjuh, the 18-year-old Croatian who held three match points against the Pole before succumbing in the second round at Wimbledon.

Not only is Radwanska trying to reach the US Open last eight for the first time, she has an outside chance of overtaking Serena Williams atop the world rankings if she can go all the way.

Second-seeded German Angelique Kerber is even better placed to nudge Serena off the summit.

Her run to the quarters means the American must at least reach the final to stay top.

If both Kerber and Serena make the championship match, the American will have to win to extend her reign.

Kerber will try to keep the pressure on when the quarter-finals get underway on Tuesday. She takes on seventh-seeded Italian Roberta Vinci -- who shocked Serena en route to a runner-up finish last year.

Former world number one Caroline Wozniacki takes on Latvian Anastasija Sevastova in a quarter-final between two players on the comeback trail.

Comments
Topics mentioned in this article
Serena Williams Yaroslava Shvedova Agnieszka Radwanska Roberta Vinci Venus Williams Tennis
Get the latest updates on India vs England Series, India vs England , live score and IPL 2021 Auction . Like us on Facebook or follow us on Twitter for more sports updates. You can also download the NDTV Cricket app for Android or iOS.