US Open 2021: Only One Fairytale Finish In Teenager Showdown In Women's Singles Final

Teenagers Emma Raducanu and Leylah Fernandez have served noticed they are the faces of a new women's tennis generation, yet only one gets a fairytale ending in Saturday's US Open final. 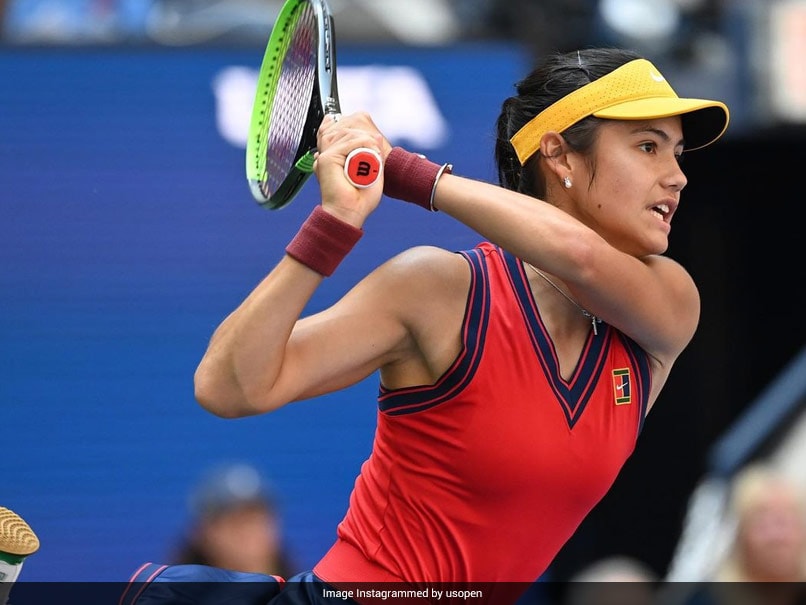 Teenagers Emma Raducanu and Leylah Fernandez have served noticed they are the faces of a new women's tennis generation, yet only one gets a fairytale ending in Saturday's US Open final. British 18-year-old Raducanu, the first qualifier to reach a Grand Slam final, and 19-year-old Fernandez, a 73rd-ranked Canadian left-hander, meet at Arthur Ashe Stadium with history at stake and drama assured. "It will be a tough match for sure. She's playing great tennis. But I think I'm also playing very good tennis. I'm excited to go out there," Raducanu said.

It's the first Grand Slam final between teenagers since 17-year-old Serena Williams beat Martina Hingis, 18, at the 1999 US Open, and just the eighth all-teenager Slam final in the Open era (since 1968).

One will walk off with her first Grand Slam trophy on the same court where Williams, a 23-time Slam winner about to turn 40, took her first 22 years ago.

"There's no limit to my potential, to what I can do. Every day we just got to keep working hard, we got to keep going for it. Nothing's impossible. I'm just glad right now everything's going well," Fernandez said.

Raducanu, ranked 150th, is the youngest Slam finalist since 17-year-old Maria Sharapova won at Wimbledon in 2004 and only the second woman ranked outside the top 100 in a US Open final after Kim Clijsters won the 2009 crown.

"I wasn't really sure how my game was going to be. My tennis level has surprised me in the way I've managed to step up against some of the best players in the world," Raducanu said.

"I knew I had some sort of level inside of me that was similar to these girls, but I didn't know if I was able to maintain it over a set or two. To be able to play the best players in the world and beat them, I honestly can't believe it," Raducanu added.

Fernandez has ousted defending champion Naomi Osaka, second-seeded Aryna Sabalenka and fifth seed Elina Svitolina. Not since Williams at Wimbledon in 2012 has a player beaten three top-five rivals in a Slam.

"I believed in my game, but it also has helped me open my eyes that I can win against these top players. I'm just glad to have this experience and see where my tennis level is at," said Fernandez.

"They're both young. They play fearless. They have nothing to lose playing against us. They take their chances. They're out there fighting for that title. Very well done to both," Sakkari said.

Raducanu, who could become the first US Open champion not to drop a set since Williams in 2014, is humble about her achievement.

"I'm sure when I'm older or have more experience, the same will happen to me. The tables will turn. Some younger players will come through," Raducanu said.

Fernandez and Raducanu have created a true-life fantasy to rival any Disney cinematic heroine.

"I've been doing some things incredible. One word that really stuck to me is 'magical' because not only is my run really good but also the way I'm playing right now. I'm just having fun," Fernandez said.

"I'm trying to produce something for the crowd to enjoy. I'm glad that whatever I'm doing on court, the fans are loving it and I'm loving it, too," Fernandez added.

Raducanu and Fernandez first played each other in under-12 events.

"Since then we've both come very far in our games and as people. I'm sure it's going to be extremely different to when we last encountered each other. But we're both playing good tennis so it'll be a good match," Raducanu said.

"Young generation are working hard, doing their best, using everything they have. The question is when you will start to understand what's going on and where you are, how good can you deal with all these expectations and this level, all this pressure," Sabalenka said.

Comments
Topics mentioned in this article
Emma Raducanu Serena Williams Martina Hingis Tennis
Get the latest updates on IND vs NZ 2021, check out the Schedule and Live Score . Like us on Facebook or follow us on Twitter for more sports updates. You can also download the NDTV Cricket app for Android or iOS.