With only one win away from the first calendar-year men's singles Grand Slam in 52 years, world number one Novak Djokovic isn't getting ahead of himself before the US Open final against Russian second seed Daniil Medvedev. 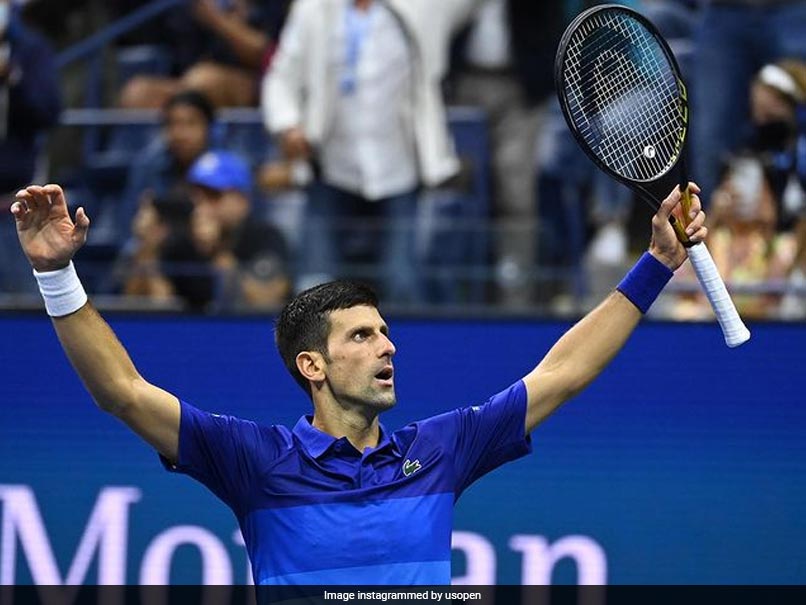 One match from finishing the first calendar-year men's singles Grand Slam in 52 years, Novak Djokovicisn't getting ahead of himself by talking about it. Djokovic defeated Tokyo Olympic champion Alexander Zverev 4-6, 6-2, 6-4, 4-6, 6-2 on Friday to reach the US Open final, where he will face Russian second seed Daniil Medvedev with tennis history at stake. "I know everybody wants to talk about history. I'm just trying to lock into what I know works for me," Djokovic said. World number one Djokovic will try to complete the first calendar Slam since Rod Laver in 1969 and only the fourth ever after Laver in 1962 and Don Budge in 1938.

Australian legend Laver, 83, was in the stands to watch Djokovic continue his quest for history. But the task remains unfinished, so talking seems premature to Djokovic.

"Why should I be happy? The job is not done. That's kind of the attitude I have," he added.

The 34-year-old Serbian star seeks his fourth US Open title and a 21st career Grand Slam trophy, which would give him the men's all-time lead by one over Roger Federer and Rafael Nadal, both absent with injuries.

Djokovic is keeping his usual routine between matches.

"I'm focusing on recovery, calibrating all the systems, getting that vital energy," he said.

Djokovic, who would be the oldest US Open champion since Ken Rosewall at 35 in 1970, also takes pride in honing his game to perfection.

"I know what my strengths are. I stick to them. I've worked over the years to perfect my game so that my game can have literally no flaws," he added.

"Every player has some weaknesses in his game. There's always something you can improve. I want to have as complete of an all-around game as I possibly can so that when I'm playing someone I can adjust on any surface," Djokovic explained.

"I can come up with different styles of play. I can tactically implement the game that I need for that particular match in order to win. Over the years, working on perfecting the game has really helped me just be very adaptable to anybody's game and to any surface," he said.

Djokovic has stressed versatility in workouts to both develop his game and benefit his body for fitness and the battle with Father Time.

"My work on the court and also fitness-wise, has always been based on equally paying attention to every aspect of my physical abilities, whether it's strength, flexibility, agility, speed," Djokovic said.

"I always want to have everything on a satisfying level so that I could always come up with the element I need in that particular moment," he added.

-The longer the better -

He doesn't mind going five sets with younger rivals, confident their fitness with falter before his does.

"I like to play best-of-five, especially against the younger guys. I think the experience of being on the big stage so many times does help. Physically I feel as fit as anybody out there. So I can go the distance," he said.

"The longer the match goes, I feel like I don't have any issues. I think I have a better chance," he said.

Asked how he wanted to be remembered, Djokovic said he hoped to be an inspirational figure on the court and appreciative off it.

"I would like people, particularly my peers, the fellow tennis players, to remember me as someone that first of all left his heart out on the court and has inspired maybe players to get better and to improve and to believe in themselves more," Djokovic said.

"Also someone that really tries to live up to the true values of life: respecting and being grateful, appreciating the moment, appreciating the fact that I'm playing the sport that I truly love," he concluded.

Novak Djokovic Alexander Zverev Daniil Medvedev Tennis
Get the latest updates on IND vs NZ 2021, check out the Schedule and Live Score . Like us on Facebook or follow us on Twitter for more sports updates. You can also download the NDTV Cricket app for Android or iOS.