US Open 2018: Five-Time Champion Roger Federer Knocked Out By Australia's John Millman In Round Of 16

Five-time champion Roger Federer crashed out of the US Open fourth round, beaten in four sets on Monday by 55th-ranked Australian John Millman. 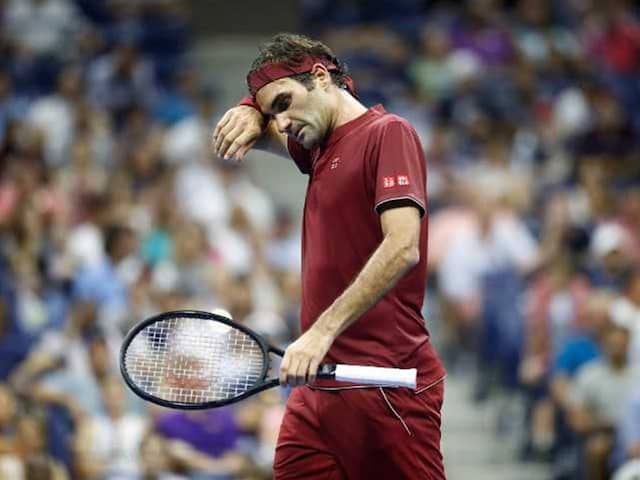 Five-time champion Roger Federer crashed out of the US Open fourth round.© AFP

Five-time champion Roger Federer crashed out of the US Open on Monday, beaten in four sets by 55th-ranked Australian John Millman. Millman's 3-6, 7-5, 7-6 (9/7), 7-6 (7/3) victory in his first Grand Slam fourth round match scuppered a blockbuster quarter-final between Federer and two-time winner Novak Djokovic. It marked Federer's earliest US Open exit since he fell in straight sets to Tommy Robredo in the fourth round in 2013. Federer had set points in both the second and third sets, but troubles with his serve infected his entire game and 77 unforced errors doomed the 20-time Grand Slam champion in the face of a determined attack from Millman.

"I'm probably in a little bit of disbelief," Millman, 29, said after three hours and 35 minutes in the cauldron of Arthur Ashe Stadium.

"I have so much respect for Roger and everything he's done for the game. He's been a hero of mine."

But Federer's first service game in the second -- in which he battled 14 minutes and saved six break points -- proved prophetic.

Federer broke first on the way to a 5-3 lead in the set, but Millman won the last four games, breaking Federer twice.

Federer wasted two set points in the 10th game, giving Millman a break chance when he missed an easy volley then double-faulting on break point.

Federer upped his game in a tight third set, and had the first chance to claim the set at 6-5 in the tiebreaker. He netted a service return, and Millman converted his second set point to seize a two sets to one lead.

When the Swiss great broke for a 4-2 lead in the fourth the Ashe crowd were on their feet.

But he gave the break back in the next game after slamming an overhead into the bottom of the net on game point.

They went on serve the rest of the way to the tiebreaker, where two of Federer's 10 double faults, followed by a backhand into the net and a wayward forehand gave Millman a 6-1 lead.

Federer clawed his way through two match points before slapping yet another forehand wide as Millman celebrated.

"Today he was definitely not at his best," Millman said of Federer. "But I'll take it."

Comments
Topics mentioned in this article
Roger Federer John Millman Tennis
Get the latest Cricket news, check out the India cricket schedule, Cricket live score . Like us on Facebook or follow us on Twitter for more sports updates. You can also download the NDTV Cricket app for Android or iOS.